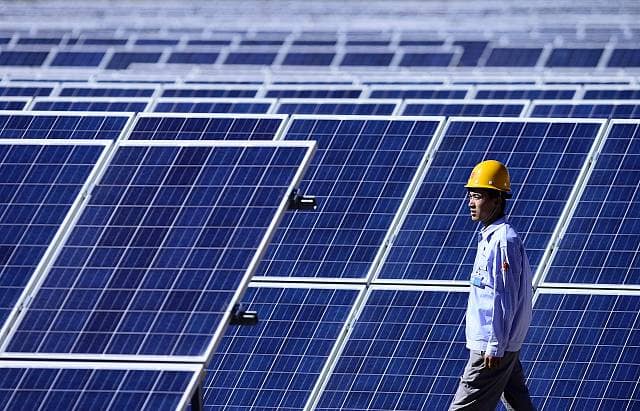 The government has cut subsidies in solar panel installations as the UK turns their back on solar and green energy. The industry saw thousands of solar panels a week being installed across the UK in a bid to cut bills which enables customers to sell power back in to the grid.

The Conservatives cut tariffs back in 2016 by 65 per cent which provided cashback for households however, energy secretary Greg Clarke claims with massive business rate hikes the number of installations has been cut by 81 per cent compared to the 2016 average.

Paul Barwell chief executive of the Solar Trade Association said to the Independent: “At a time when we need more generation, the Government is hindering market competition against the best interests of consumers by suppressing the tremendous potential of solar power in the UK.”

“Solar is being needlessly impeded in the UK by shock taxes, red tape and by a serious failure in the only remaining supportive policy. We urge Government to act now to stabilise the industry.”

Large scale solar schemes for factories and other large buildings quite possibly could have caused the increase in business rates which has seen a 65 per cent drop in such schemes, which backers of solar pawer say.

From January to March there was around 650 rooftop projects a week which is a drop of 75 per cent from 2010 which saw an average 2,700 per week. This follows a drop-in household payments from 12 pence to 4.39 pence per kilowatt per hour.

Barwell said he does not want new rooftop subsidies however, “what we are asking for, and urgently, is fair tax treatment, fixes to a failing policy, less red tape and just a level playing field. It makes no sense to shut the most popular and cheapest clean power out of the energy market.”

The fall in solar panel installations among businesses and homes has been defended by the Department for Business, Energy and Industrial Strategy. A spokesman said: “This Government wants Britain to be one of the best places in the world to invest in clean, flexible energy.”

“Solar power is a great success, with over 11 GW of capacity installed in the last five years that’s enough to power more than 2.6 million homes with clean electricity.”