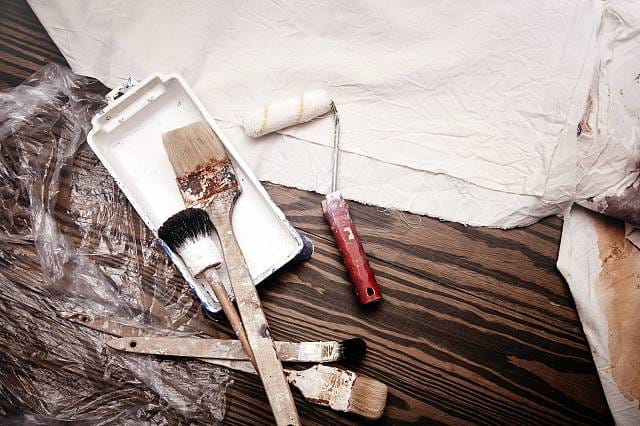 Social media means Brits are splashing more cash on their homes to keep up with the Jones’, a new study has revealed.

The research, carried out by 247 Blinds on 2000 UK adults, reveals just how much social media is making us spend on DIY, with £1.5bn more going into our home projects every year because of social platforms like Facebook and Instagram.

A third of Brits (33 per cent) admit to spending more on DIY because of social media, with friends, pictures and tutorials encouraging homeowners to tackle DIY projects and revamp their interiors. Facebook, Instagram and YouTube were considered the biggest influences, while millennials topped the charts on DIY spends thanks to social media inspiration.

Despite almost 1 in 3 (30 per cent) admitting to experiencing a disaster using a tutorial, research shows that only 12 per cent of the British population now hire professionals for DIY jobs. While most of us are playing it safe by turning to the web for simpler aesthetic jobs like decorating, gardening and furniture painting, one in seven (15 per cent) would happily tackle their electrical and plumbing work and one in 10 would even go as far as carrying out their own building jobs.

When it comes to men and women, it seems the ladies are less inclined to touch the plumbing or electricals, while gents are least likely to get up on the roof. Women are more inspired by Pinterest and Instagram than their male counterparts, and despite men claiming to have spent more on their DIY projects, figures suggest the ladies take the lead when it comes to splashing the cash.

Women are no strangers to calling in a favour with one in 10 revealing they’d much prefer to turn to a family or friend for help before forking out cash for a professional, whereas only 4 per cent of men are likely to call upon others. One third of men said they prefer to do DIY themselves, in comparison to one in five of their female counterparts.

Jason Peterkin, managing director at 247 Blinds, said: “Although the older generation are happy to tackle smaller jobs around the home, it seems it’s the younger 16-24-year olds that will tackle just about anything DIY. This makes a lot of sense given that them being much more active on social media than other generations and following trends such as upcycling more closely.”

This is exactly why we launched 247 Blinds, people like the ease of being able to do things around the home themselves and we wanted to make it easy for people to fit their own products.”

For more information on Brits spending more on DIY thanks to social media, check out our research at: http://www.247blinds.co.uk/are-traders-shifting