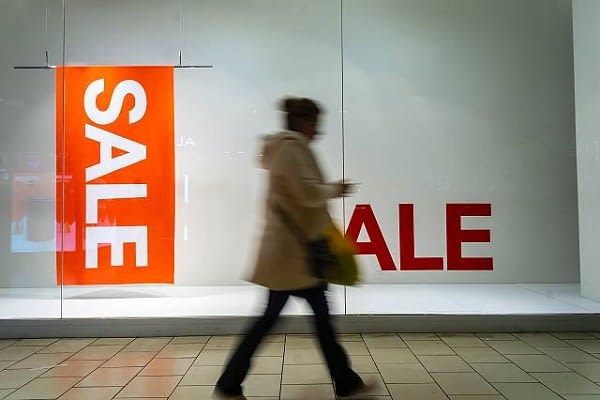 Shopper confidence falls amid virus rise and increase on restrictions

September saw a slight drop in shopper confidence as tighter restrictions and uncertainty over the EU exit led the news agenda, according to the latest IGD Shopper Confidence Index.

Overall confidence slipped to -8 on average for the whole month, down from -7 in August. While the month started at -6, confidence fell to -10 by the end of September. Remaining at a relatively low level, confidence appears to have been suppressed by news of increased COVID-19 cases and further national restrictions being put in place – notably, the rule of six, working from home where possible and the 10pm curfew for pubs and restaurants.

Index highlighted that a third (32%) of shoppers expect to be worse off financially in the year ahead, up from 30% in August.

With news of little progress in trade talks between the UK and EU, 18% of shoppers expect food prices to get much more expensive in the year ahead, the highest level since  September 19.

Confidence has declined the most among 18 to 24s and 35 to 44s. With announcements of redundancies, particularly impacting younger people, 38% of 18 to 24s expect to focus more on saving money on their food and groceries in the year ahead (vs 24% last month). This compares to 21% of all shoppers

With local lockdowns, confidence has declined significantly particularly in the West Midlands (-11 vs -6 Aug’20) and Wales (-11 vs -4). Both regions now have the lowest confidence.

Simon Wainwright, Director of Global Insight at IGD said, “Shopper confidence is likely to remain fragile as the Job Retention Scheme comes to an end to be replaced by the Job Support Scheme, alongside shoppers contending with further uncertainties concerning COVID-19 and whether there is a deal or no-deal with the EU. This will no doubt lead to an increase in savvy shopping tactics over the coming months.

“With so much uncertainty at the moment, we anticipate shoppers’ confidence will respond to key announcements and media reports on COVID-19 and the EU.

“Despite this ongoing period of low confidence, positivity towards the food and grocery industry remains high. The continued actions that have been taken by retailers and manufacturers across the country to support those in need have increased this trust. Indeed, trust in the food industry to ensure good availability has remained high (78%) despite recent increased levels of stockpiling.”