Home Business NewsBusiness Shoot for space and slash taxes: what is going on at the IoD? 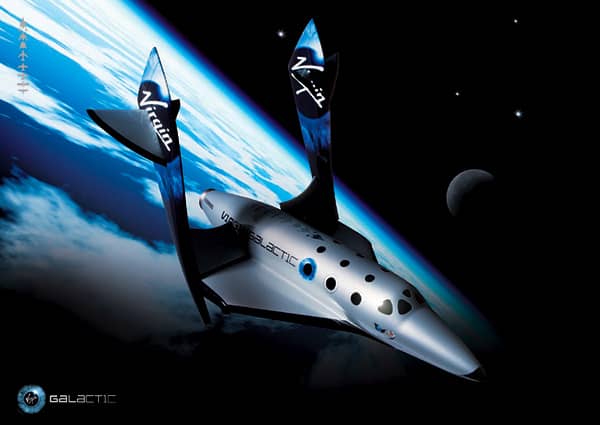 Shoot for space and slash taxes: what is going on at the IoD?

What the bejesus is going on at the IoD? Whilst the chancellor is obsessed by pasty taxes and the opposition is fixated on phone hacking, the Institute of Directors has published yet another stonking report suggesting we get building… an international space port.

The IoD thinks we can create a rival to the Kennedy Space Centre to house the new generation of private sector sub-orbital space vehicles, such as Branson’s venture Virgin Galactic.

“Lengthening the runway of an RAF base in Scotland or Northern Ireland would be a possibility, while the South West of England could represent an alternative prospect,” the report says.

The pay-off could also be super-sized. The report says employment in the UK space sector could be quadrupled to 100,000. Billions could be won, for an outlay of a few tens of millions.

“As an English-speaking mid-sized wealthy country, the UK is well-placed to compete in “New Space” – today’s era where private companies cooperating across borders participate, innovate and launch vehicles and services, just as the major state-sponsored space agencies of the 20th Century accelerate their long retreat from the marketplace.”

The report sets out the regulatory changes need to make the UK a world leader in financing and insuring space activities. It leans heavily on the experience of the Isle of Man to illustrate what could be achieved.

It’s ambitious stuff, detailed too, and the sort of thing which makes you wonder why the PM can’t come up with this calibre of plan.

It comes just a few days after the IoD’s other big hit.

The Single Income Tax is the IoD’s proposal to reform the entire UK tax system, co-written with the TaxPayers’ Alliance. Again, it cuts through the verbiage. The report advocates the abolition of inheritance tax, transaction taxes and wealth taxes, and their replacement with a single flat tax.

Marginal rates would be capped at 30 per cent, and the personal allowance raised to £10,000.

Local authorities should raise half their spending from local taxes, as is the case in Scandinavia.

The size of the State should be slashed from the current 49 per cent of national income to 33 per cent.

The report is bold, brave, and a breath of fresh air in the absurd political atmosphere of “austerity,” where real terms cuts of three per cent over five years to rectify an expansion of the state by 50 per cent between 2000 and 2010 is characterised as brutal and heartless.

The authors of the report have done their homework. My god they have. It is a 418-page beast, replete with so many charts that the IoD could be accused of Argument by Intimidation.

Unlike most wonkish reports, which fall stillborn from the press, it got lavish coverage. Mary Dejevsky in The Independent suggested Ed Miliband should adopt it and become “the advocate of low tax, the ‘squeezed middle’ and an effective state”. All the broadsheets led with it on the comment pages. Even ThisIsGuernsey cleared the deck to look at it.

It is the type of work that influences even those who reject it. Journalists will refer to it, commentators will crib from it. It has set the direction of debate, and we may see its effects in future budgets.

“It’s like a Rat Pack of small state gunslingers”

It’s not just the reports. The IoD has been baring its teeth over the Enterprise Bill (“disappointing”, “another missed opportunity”), and the Energy Bill (“overly complex”, government is trying to “pick winners”) and even had the guts to stick up for poor Adrian Beecroft during his mob beating suggesting reforms to employment law.

So what is going on?

There’s new blood at the top. The director-general Simon Walker took over in October. He arrived from running the British Venture Capital Association where he gained a reputation for making the moral case for capitalism.

But the real influence comes from the IoD’s courting of big name free-thinkers. Just look at the bylines on theThe Single Income Tax. It’s like a clan gathering of right wing polemicists.

City AM editor Allister Heath is the chairman. Readers will be familiar with his ferocious advocacy of lower taxes and shrinking the state.

His old mucker Fraser Nelson, editor of The Spectator is a commissioner, as is the film-maker Martin Durkin who made a wonderful documentary for Channel 4 on the size of the national debt.

There’s the TaxPayers’ Alliance founder Andrew Allum; the director-general of the IEA think-tank Mark Littlewood; Professor Anthony J Evans who is leading the line against quantitative easing; Doug McWilliams of the Centre for Economics and Business Research who campaigned against the 50 per cent tax rate; Eamonn Butler of the Adam Smith Institute.

The editor is Matthew Sinclair, the leading light at the TaxPayers’ Alliance.

It’s like a Rat Pack of small state gunslingers.

Each of these guys has their own constituency of followers. The IoD has given them a way to come together and preach to a much larger audience.

What is remarkable is how these egos have been able to unite their talents productively. Which isn’t easy – just look at the way the Occupy London movement was paralysed by competing viewpoints.

The IoD’s new found pugnaciousness is also a sign of the times. The Blairite era of consensus is over. We are entering a period of bitter debate over the future of the Eurozone, on EU membership, on wealth redistribution and the role of the State.

The CBI is still stuck in Blair’s big-tent mindset. The new DG John Cridland is a mild-mannered fellow, keen to appreciate the nuances of all sides of the debate. The CBI’s campaign on tax is little more than a plea for the public to understand how and why businesses pay tax. There is not a single demand for a tax cut.

By contrast the IoD and its corps of agents provocateurs have sensed it is time to put down the olive branch and pick up the knuckle-duster.