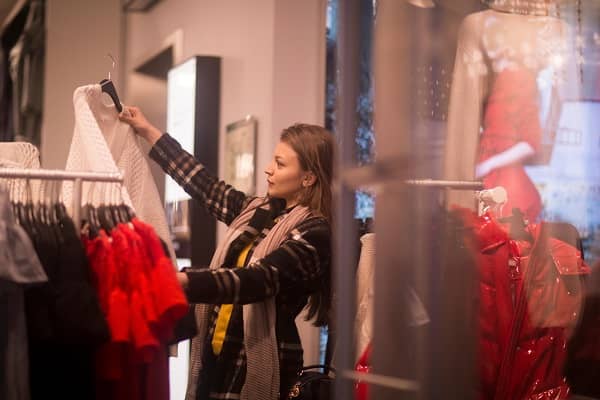 New research reveals that Brits are increasingly turning to second-hand shopping and ‘upcycling’  items they already own to save money in the cost-of-living crisis.

The study, from GoDaddy, shows that as consumers row back on spending, more than half (52%) say they’re turning to buying second-hand goods. Meanwhile, almost two-thirds (62%) say they more likely to ‘upcycle’ items they already own instead of buying them brand new. Clothing (48%), furniture (46%) and furnishings (33%) are the most popular items being refurbished.

However, rather than doing this themselves, many people (46%) prefer to hire a professional to breathe new life into their belongings. More than two-fifths (43%) would rather go to an independent business for these services.

One business that is thriving as a result of these changing behaviours is GoDaddy customer RECOVER, a furniture up-cycling charity and social enterprise based in Hertfordshire. The charity up-cycles old unwanted furniture, working with materials either donated or reclaimed from the local area.

Owners Ian Block and Holly Brunsden say they have seen a 30% year-on-year increase in turnover, of which 50% has been generated through interest online via their website. More customers are seeking their refurbishing and upcycling services and visiting their workshop to learn how to do this themselves. Ian and Holly say that there has been a move towards more sustainable ways of purchasing products, as shoppers look to conserve spending and generally have more awareness of how to repair and up-cycle.

Holly explains: “When the pandemic hit, we lost footfall to our workshop showroom as we were forced to close. We initially worried that we wouldn’t be able to weather the storm, but we soon started seeing an uptick in online sales and customers contacting us to get ideas while they were stuck at home and looking to keep busy. They were asking how they could up-cycle their belongings and when we would restock certain items. This has had a lasting effect and interest has continued since then, as people realised they can inject new life into existing items instead of buying new.”

Ian says: “The cost-of-living crisis has given people more awareness of not only reducing waste, but also how older items are often better quality, one-of-a-kind pieces that have their own story. We’ve seen a nervousness about buying new, so much so that September and October have been our best months on record for sales since we started 10 years ago.”

Ben Law, Head of UK & Ireland, GoDaddy, said, “In the hardest of times, Brits still support small, independent, local businesses. We saw it during the pandemic and we’re seeing it again now.

“During the cost-of-living crisis, people are seeing the value in getting their belongings upgraded by skilled professionals or buying second-hand goods. This is great for consumers as it’s more cost-effective than buying brand new items, but it’s also really good news for the small firms who offer these services.

“As the country faces ongoing financial challenges into next year, we need to get behind microbusinesses as much as we can. They are the engine of the British economy. When they thrive, we all do.”