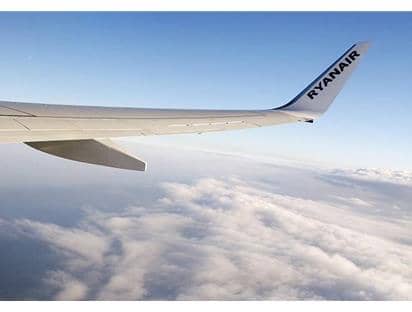 Ryanair to cut flight capacity as bookings weakened by restrictions

Budget airline Ryanair have announced they are to reduce flight capacity by 20% in September and October after forward bookings have “weakened.”

This comes after “uncertainty over recent Covid case rates in some EU countries” over the last 10 days has caused a fall in flight bookings.

Ryanair said that they will cut flights in Spain, France, Sweden and Ireland which includes a mandatory 14-day quarantine.

A Ryanair spokesman said, “These capacity cuts and frequency reductions for the months of September and October are unavoidable given the recent weakness in forward bookings due to Covid restrictions in a number of EU countries.

“Any affected passengers in September received email notification today advising them of their options.

“Similar communications will be issued to the small number of affected passengers in October later today.

“Over the past two weeks, as a number of EU countries have raised travel restrictions, forward bookings, especially for business travel into September and October, have been negatively affected, and it makes sense to reduce frequencies so that we tailor our capacity to demand over the next two months.”

The spokesman added, “We again call on the Irish government to amend its Green List of travel counties to include those EU countries with lower or similar 14-day Covid case rates, most notably Germany whose Covid case rate is 25% lower than Ireland, and which will allow for some resumption of normal business and economic travel in September and October.”