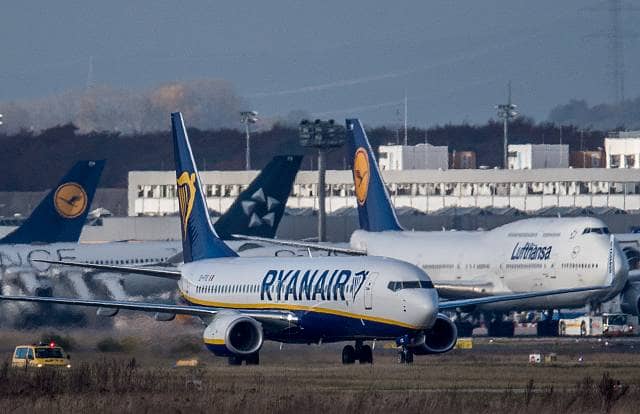 Irish airline, Ryanair has said that fares are to fall by five percent to seven percent in the 12 months to March 2018.

This is partly as a result of the weak pound and the last financial year’s fares, fell as much as 13 per cent.

Despite challenges such as Brexit and the recent influx of terror attacks, Ryaniar has said that passenger numbers are rising and they posted a record high profit of £1.14bn.

Sterling has plummeted by 16 per cent since June 2016 against the dollar, the knock-on effect of this means flight tickets are sold in sterling which means it is worth even less in euro.

Shares have gone up by a fifth this year as they had fallen in early trading to 1.5 per cent to 17.75 euros.

Chief marketing officer for Ryanair, Kenny Jacobs said to BBC Radio 4’s Today programme that the government has not provided any clarity.

Ryanair said a “hard Brexit” would leave the EU without a trade deal, this would cause significant risk as it may disrupt UK-EU flights.

“They have indicated they will leave the European Court of Justice, that is the European institution that governs open skies, so Britain is going to leave open skies as it now stands,” he said.

“If there isn’t a new bilateral [deal] in place then you may have very restricted or no flying between Europe and the UK for a period.

“I think it’s clear we’re heading to what looks to be a very ugly divorce at the moment.”

Ryanair operates in in 33 countries and has 1,800 daily flights.