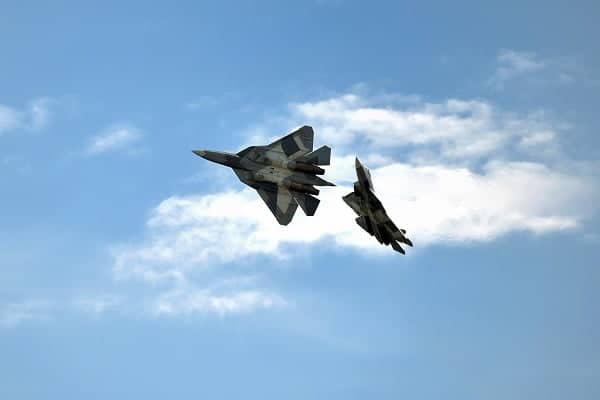 Russian aircraft and “at least 1,500 Russian troops” have arrived in Belarus ahead of a “joint tactical flight exercise” on 16 January which will last two and a half weeks.

The Belarusian Ministry of Defence said on Monday that the aircraft touched down ahead of a 16 day joint military exercise with Russia.

The Hajun Project reported that over the past two days “at least 1,500 soldiers” have arrived in Belarus.

They added, that on 6 January, “Three echelons with equipment of the Russian Armed Forces have arrived in Belarus during the day,” at the Palonka railway station in the Baranavichy district, Brest region.

Also, “43 KamAZ and Ural trucks, BAZ-6306, with five fuel trucks, field kitchens and water barrels” along with “27 cars with wheeled and tracked vehicles.”

They further reported that “nine helicopters of the Russian Aerospace Forces arrived in Belarus.”

Ukrainian forces are stationed in the north in preparation for any attack that may happen should Vladimir Putin launch a second attack to capture Kyiv.

The latest military exercises are causing concerns for Ukraine that fears could become a reality, which is what happened on 24 February 2022 when the war started.

The Belarussian Ministry of Defence said in a statement, “From January 16 to February 1, 2023, a joint tactical flight exercise will be held with the aviation units of the armed forces of the Republic of Belarus and the Russian Federation, which are part of the aviation component of the RGV (s).

“Today, an aviation component from the Military Space Forces of the Armed Forces of the Russian Federation arrived in the Republic of Belarus.

“During the tactical flight exercise, all airfields and training grounds of the Air Force and Air Defense Forces of the Armed Forces of Belarus will be involved.”