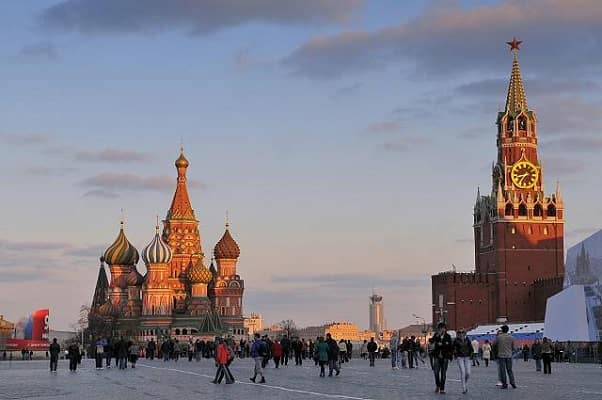 As Parliament in Westminster debates today (22 July) the report of the UK’s Security and Intelligence Committee’s Report into Russian interference in the UK, the spotlight also fell on concerns that the  Kremlin’s agents having been sabotaging a leading company in Ukraine, one of the UK’s allies.

The current management of the nuclear company has recently been changed by Ukrainian President Zelensky’s administration to incorporate Russian fifth column agents like Andrei Derkach, who is alleged to be methodically, clandestinely destroying the operations of Energoatom.

The ADMS system started working in early 2020 and was implemented by Pavlo Pavlyshyn, the then acting President of Energoatom. Its implementation involved, firstly, a reduction in paper documents and, later a reduction in the operating costs of Energoatom itself, and an increase in transparency within the company, as virtually every Energoatom employee could quickly find and see any document. This kind of data management software is vital for Energoatom with its thousands of employees, dozens of reactors, hundreds of distributors, suppliers and contractors.

The ADMS system complied with the national programme for the digitalisation of the whole of Ukraine decreed by the President of Ukraine earlier this year. While the rest of the country is moving towards digitalisation, under the guidance of a separate digital ministry for the programme, Energoatom is being driven by Derkach and his team of saboteurs to backslide from being the most transparent state-owned company to becoming the most closed and secretive company in Ukraine.

In less than a year one acting President has been replaced by another, and the digital health of the Ukrainian nuclear giant has plummeted. Today’s policy of secrecy in the company has been implemented gradually since April by the new Acting President of Energoatom Petro Kotin culminating on 10 July with an order to restrict the use of the ADMS software.

The Rivne nuclear power plant, which actually served as the administrator of this resource, was cut off from the system. This deliberate move meant that Pavlo Pavlyshyn (who is currently Director General of the Rivne NPP) would see fewer documents and would not know what was going on at the company’s headquarters in Kyiv. Apparently the new senior management team fears that he is the main competitor to possibly be appointed as the permanent head of Energoatom. Soon after this, all personnel orders were removed from the ADMS to make it less transparent who is being hired for what position and with what salary. Consequently orders for official investigations and letters to public authorities began to disappear. Decisions were made by Kotin and Vice President Galushchenko manually. Now these managers have decided to abandon the ADMS, except for applications and approvals for procurement.

Sources inside Energoatom report that a virtual  management actually operates in the nuclear monopoly today. Whilst on paper the head of the company is President Kotin, in fact the real leaders and final decision makers are Derkach, Derkach’s long time right hand man Boyarintsev (who currently holds the position of advisor to the acting President of Energoatom), and Galushchenko.

In a recent interview with Interfax-Ukraine, when Galushchenko was asked by a journalist “who asked you to return to work for Energoatom?”, without blushing he replied: “It’s no secret. Peter Kotin offered to return, about which he seems to have already spoken publicly. We worked together, we have known each other for a long time, we have a very good relationship. It was his initiative. And for me it is a professional challenge – will we be able to change the negative situation in the market and around the company. I’m sure we will do it.”

Being economical with the truth is the culture of the new management of Energoatom. Everyone who works at Energoatom is well aware that in his first six month term as head of the legal service, Galushchenko was not acquainted with Kotin and never even saw one another at any meetings, and that is not obvious. The deceitful interview is ill-disguised.

However, very soon Pavlyshyn realised that these Ministers were not going to solve anything, and were men of straw incapable of delivering on their promises. All decisions are made in an unconstitutional manner in the Office of the President of Ukraine. So, the scandal surrounding the appointment of the head of Energoatom, which took place after the promulgation of the so-called “Ermak films”, was manipulatively used by a group led by Andrei Derkach and Serhiy Shefir, (an aide to the President of Ukraine).

They imposed a new management team at Energoatom in the persons of Galushchenko and Boyarintsev. After Pavlyshyn refused to work for the organisation as a puppet, an emergency search began for someone from the Ukrainian atomic energy community who was prepared to act as a cipher and perform the role of President in name, but without powers.

They looked to find a person in Energoatom who would play the role of a “dressed general”, be a leader on paper, but who do what they were told. All strategic decisions are in fact made by the Russian KGB officer Andrei Derkach and pro-Russian character Sergei Shefir, ie in Energoatom itself there is now a team of “puppets” loyal only to Russia. President Zelensky, who does not understand public administration issues, agreed to a pro-Russian scenario for the development of nuclear energy, expecting rapid improvements.

This ruling elite has been working for Energoatom for more than three and a half months, during which time they have built up billions in debt, ousted the most experienced professionals in the industry who dared to express their opinion, and filed a senseless lawsuit against the Ministry of Energy. Are they trying to return to the old rollback schemes?

According to inside information, Angela Depelyan, ex-CFO of Energoatom, resigned within an hour because she refused to sign approval of the distribution of funds, where the new management tried to pay individual suppliers with credit money, while having tax debts.

The latest strategic decision currently being implemented by Energoatom’s puppets is the liquidation of its Brussels office. This office was opened by Energoatom President Yuri Nedashkovsky in 2014 to strengthen cooperation between Ukraine and the European Union and with European business. For these 6 years Energoatom’s representative office in the European capital has hosted various negotiations, signature of major contracts and developed a positive opinion of the EU towards both Energoatom and Ukraine.

But, the Russian Federation and its fifth column KGB agent Andrei Derkach have no need of a positive perception of Ukraine in Europe, so the company is currently conducting an official investigation into the activities of the European office with a pre-determined decision to liquidate the office, allegedly to optimise Energoatom’s costs.

The “puppets” want to carry out the will of their puppeteer so quickly that they are ready to incur all thinkable losses. Nobody talks about the company’s reputation in Europe. As has been said, for Derkach-Shefir, the worse Energoatom is perceived in Europe, the sooner it will return to Russia’s sphere of influence. This is exactly the task facing the current puTppet management.

Meanwhile, Energoatom’s presidential race continues to be blocked by Russian agents in the Office of the President of Ukraine.