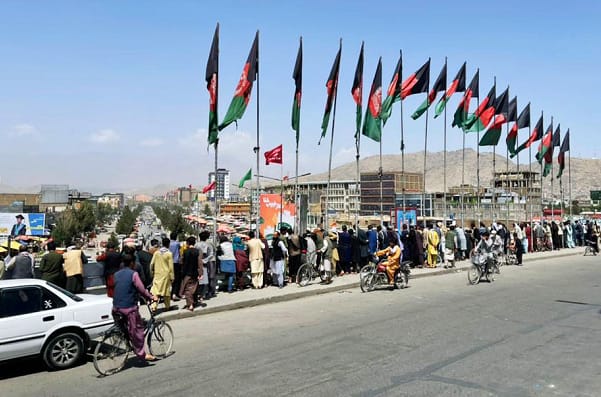 Russia has praised the Taliban as they have taken over Afghanistan and said the situation in Kabul is better now than it was under President Ashraf Ghani who fled to Tajikistan on Sunday.

Dmitry Zhirnov, Russia’s ambassador to Afghanistan said that the country is now safer under the Taliban’s control, despite the Taliban being listed as a terrorist organisation in Russia.

Zhirnov said that he was impressed with the Taliban’s “reasonable and business-like” conduct and they have made Kabul “better” under their control.

He added, “The situation is peaceful and good and everything has calmed down in the city.

“The situation in Kabul now under the Taliban is better than it was under Ashraf Ghani.”

On Tuesday the Taliban held a press conference in Kabul and took questions unlike the US President Joe Biden at his.

Taliban spokesman Zabihullah Mujahid said that Afghanistan will be run under strict Islamic customs and that “Islam is important in Afghanistan and anything against Islam will not be accepted!”

Mujahid added, “All will have rights under the umbrella of Islam. We want the world to trust us so we can work for the betterment of the Afghan people.

“Afghanistan has got some national ethics, national tradition and nobody will be allowed in Afghanistan to interfere in these things.”