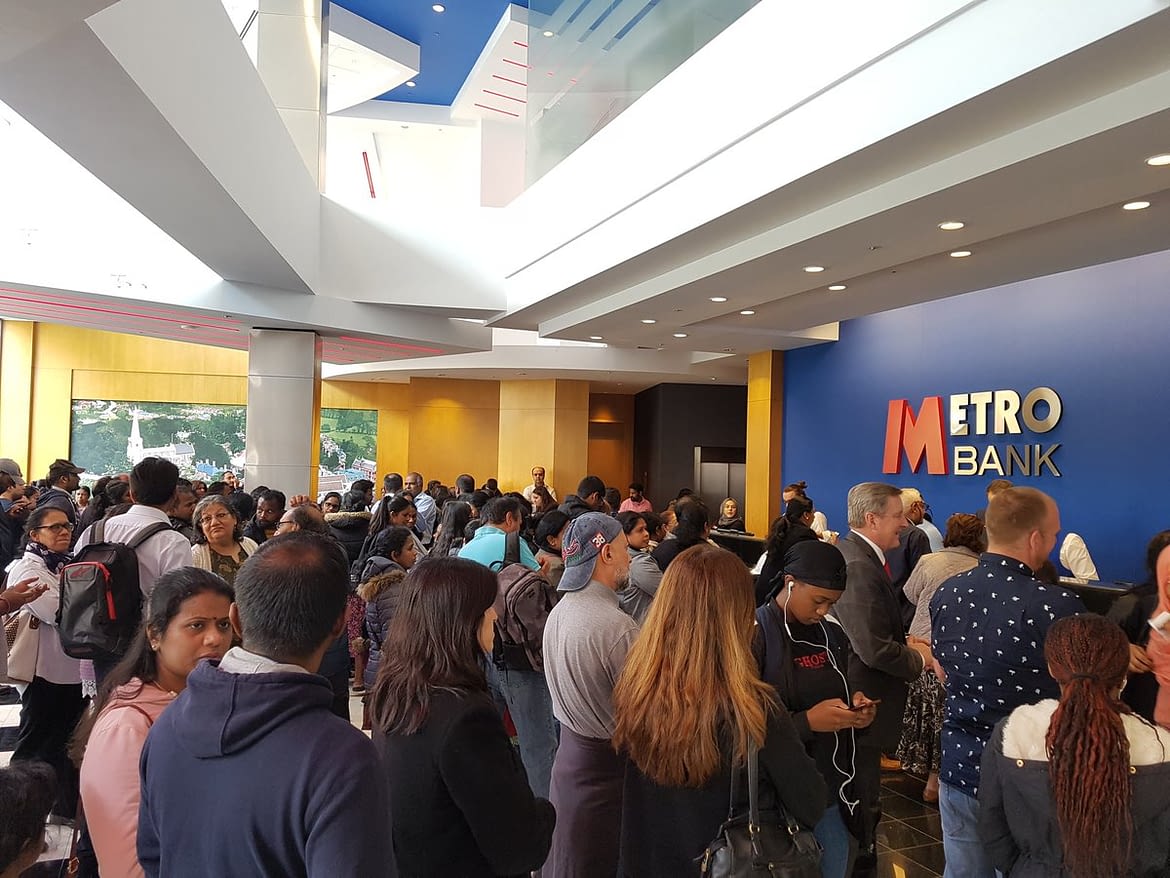 Images on Twitter show hundreds of people queuing up in various branches, with memorable scenes that echo the troubled Northern Rock bank in September 2007.

On Saturday messages on Twitter and WhatsApp allegedly told people that the Bank was trying to take ownership of customers items held in safety deposit boxes.

Dylan Shah said on Twitter, “Long qs in the Metro Bank today to take out their money.

“Seems a lot of people are spooked about having another Northern Rock on their hands.”

Long qs in the Metro Bank today to take out their money. Seems a lot of people are spooked about having another Northern Rock on their hands. Be interesting what Metro do to counter people panicking #Metrobank pic.twitter.com/WMzL4h9L9Z

Metro Bank replied to O’Brien and said on Twitter, “It’s been another busy day in Harrow. We’re a profitable bank, rated no.1 for personal current account service by the CMA and committed to serving our 1.7m customer accounts. ^CH”

Speaking to the Standard, Abigail Whittaker a Metro Bank spokesperson said, “This is something that started on Saturday and especially very localised in the west London area.

“There is no truth to these rumours, and we want to reassure our customers that there is no reason to be concerned.”

She said that the rumours are false and said, “Metro Bank does not take ownership of customer items held in safe deposit boxes.

“This means that under all circumstances the contents of safe deposit boxes remain customer property, not the property of Metro Bank.”