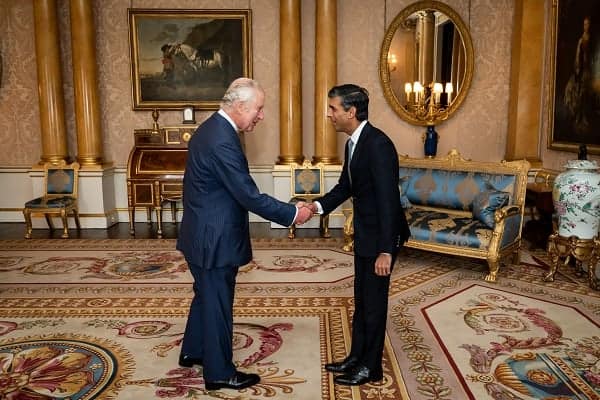 As the new prime minister Rishi Sunak enters No. 10, he faces difficult decisions over a range of tax, pensions and economic issues which remain unanswered after months of debate and discussion through the leadership contest and the fallout from last month’s mini-Budget.

“During his first bid to be prime Minister Rishi Sunak reiterated his pledge to cut the basic rate of income tax from the current 20% down to 19% in April 2024, and then to 16% by the end of the next Parliament.

“Liz Truss failed in her foray to bring forward the timeline for the cut to 19%, so it seems extremely unlikely that Rishi will try a similar move.

“However, the current Chancellor, Jeremy Hunt, last week ruled out income tax cuts altogether until public finances improve. So Mr. Sunak must decide whether to use his first fiscal update to put the cut in April 2024 back on the table – or he may stay silent on the issue for fear of putting the jitters into markets again.

“A bigger handout to the public would be unfreezing income tax bands, so that everyone could earn more before they hit the next rate of income tax. The current situation of frozen tax bands and higher wage growth creates a toxic combination, causing the tax burden on household income to soar by stealth. However, considering Mr Sunak was the original architect of the tax band freeze (albeit under Boris Johnson’s leadership) he’s unlikely to U-turn on his own decision – although it wouldn’t be the strangest thing we’ve seen from Government in recent weeks.”

“One of the few changes made by Liz Truss and actually retained was the reversal of the National Insurance rates increase – but Mr Sunak could yet undo her legacy in a single move. Considering the former Chancellor introduced the 1.25% Health and Social Care Levy it wouldn’t be overly surprising if he did decide to reinstate it.

“However, any change before April would mean we had five* different systems for National Insurance in the space of less than a year – which is bordering on farcical. Instead, Mr Sunak could decide to increase rates again in April and would likely pledge for that money to be ring-fenced for social care or the NHS. However, it wouldn’t be a popular move with workers who would see it as a tax hike, to say nothing of the collective groan from payroll departments across the UK at yet another change to the system.”

“One of the biggest tasks on Mr Sunak’s hands is sorting out what happens to the nation’s energy bills from April onwards. The current Energy Price Guarantee has been promised by Mr Hunt until April, when he said a smaller package of support would be rolled out.

“This plays well into Mr Sunak’s policy agenda. During his initial Conservative party leadership campaign he promised far more targeted support than Liz Truss ultimately rolled out. He pledge to offer specific help for pensioners and those on benefits, while also cutting VAT on energy bills for everyone. This gives an outline for the support package that might be available from April onwards – whereby the most vulnerable get more help and everyone else gets a smaller handout in the form of the VAT reduction.

“But Liz Truss has left her successor with an unenviable task, because anything that stops short of a price cap for all households will be met with disgruntled voters across the nation who were previously promised far more support.”

“If the triple-lock was meant to provide retirees with retirement income security and certainty, it is hard to argue that has been the case for the last two years. The earnings element of the triple-lock was axed for this year’s increase after a spike in average wages last year, while the inflation element has come under threat for next year’s increase after CPI came in at over 10% in September.

“Pensioners need clarity from the new prime minister over what the state pension is likely to rise by next year, so they have the certainty to plan ahead of a difficult winter. While Sunak’s predecessor, Liz Truss, committed to the triple-lock in what turned out to be her final prime Minister’s Questions, the chancellor, Jeremy Hunt, had pointedly refused to do so before her intervention. Given the current focus on fiscal conservatism, it is hard to be absolutely confident whether or not Truss’ triple-lock commitment will be retained by Sunak.

“The impact of the decision will be huge for retirees. Increasing the full flat-rate state pension in line with September’s 10.1% inflation figure would push it to £203.85 per week. If this element of the triple-lock is abandoned and average earnings growth of 5.5% is used instead, however, the figure will be £195.35 per week. That equates to a £442 gap in income over the course of the year – an amount which could make a huge difference to older people struggling with rising energy bills.

“In terms of costs to the Exchequer, the difference between an earnings link and an inflation link is likely to be £4-5 billion. But part of the political challenge here is in relation to benefits too – if the state pension increases in line with inflation, can the new prime minister justify ‘only’ increasing benefits in line with earnings? If he does, complaints around intergenerational unfairness will inevitably intensify.

“Over the longer-term, the government needs to review the triple-lock and decide exactly what it is trying to achieve. Currently it provides real-terms increases in the value of the state pension at random intervals, and it has become clear that there is a limit to the amount the Exchequer is willing to shell out on pensioner incomes. If the government really wants to increase the state pension, it should set out its case and a trajectory for reaching that goal.”

If the triple-lock is retained and the state pension is uprated by 10.1% next year:

If earnings growth for the three months to July (5.5%) is used instead:

*Rounded to the nearest 5p.

“Homeowners are facing overwhelming increases in their mortgage payments as the cost of borrowing shifts upwards. At the same time, everyone in the UK is facing higher energy bills right now and next spring’s cliff edge feels far too close for comfort. Recession seems inevitable and all the levers that can usually be pulled to stave off declining economic output are off the table.

“Consumers can’t eat out to help out this time around. That policy designed to boost consumer spending and stimulate a post-Covid recovery now feels like a lifetime ago as UK businesses confront the prospect of massive pressure on consumer demand.

“Next Monday’s independent health check from the OBR must be published and a pathway must be laid, even if it’s all uphill and littered with potholes. Although there should not be any further vacillation on corporation tax since the hike to 25% was the new PM’s policy idea, and one that will help fill that budgetary black hole.

“There are questions about whether his “windfall tax” might be extended beyond the sunset clause but it’s unlikely measures to boost businesses which Mr Sunak utilised during the pandemic will make the cut this time.”