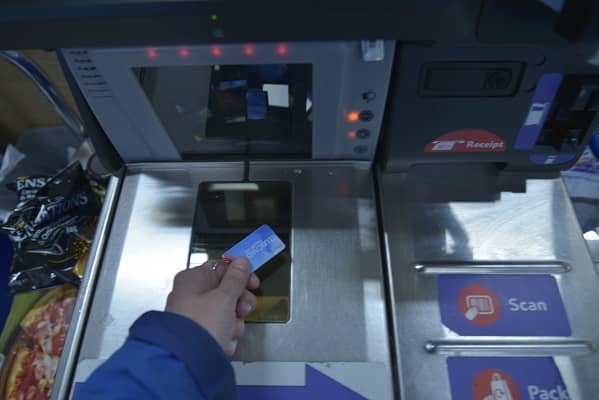 Revolt against cashier-less checkouts is starting to register with retailers

Attempts to reduce the number of staffed tills in Britain’s supermarkets and convenience stores are leading to a customer rebellion, warns the home delivery expert ParcelHero.

More than 236,000 Tesco customers have so far signed a petition to halt the further introduction of self-service tills for bigger trolley loads. The protest comes after the UK’s largest supermarket chain stripped out some staffed tills from many of its largest supermarkets. It replaced them with new self-service tills with larger bagging areas better able to accommodate larger trolley loads.

At the same time, Amazon’s plans to extend its number of Amazon Fresh checkout-free stores have also proved overripe. A report in ‘The Times’ indicates it has ended talks to take on dozens of new sites, and will only open new stores it is already committed to.

ParcelHero’s Head of Consumer Research, David Jinks M.I.L.T., said, ‘There’s no doubt that cashier-less checkouts are the future of retail, but stores shouldn’t be self-serving in pushing through self-service and till-less shopping.

‘Amazon’s checkout-less convenience stores are actually inconvenient for those shoppers who haven’t downloaded its App or kept up-to-speed with the latest retail developments. Not everyone who shops for groceries is young enough or tech-savvy enough to find using these stores easy. Amazon’s checkout-free tech is in danger of erecting barriers for many shoppers. Sales at most Amazon Fresh stores have fallen short of expectations, according to “The Times’” report.

‘It’s also expensive technology to install, especially as grocery and convenience stores operate on traditionally low margins. Ironically, it will take a long time for cashier-less checkouts to pay for themselves.

‘Similarly, my own large, local Tesco has already removed a number of conventional tills and installed self-service tills suitable for trolley-loads. Currently, this new area appears to be little used, while shoppers with full trolleys squeeze to use conventional staffed tills. The reduction in traditional cash registers has not yet increased queuing time, as most remaining tills are manned, but come Christmas it could be a different matter.

‘It was assumed that families who had started doing just one large, weekly shop during lockdown would return to more frequent, smaller shops once the threat of Covid had passed. It’s not clear that has happened to the extent many retailers predicted.

My family, for example, has continued our once-a-week Tesco shop, our trolley groaning under the heavy load. Trying to fit a week’s shop in the bagging area and scan it all through ourselves would prove quite stressful.

‘Many shoppers, particularly those who live alone, also still value the social side of shopping and enjoy the opportunity to have a brief chat with their favourite cashiers.

‘The self-evident truth of self-service and till-free shopping is that the tech has yet to match consumer’s expectations. Many shoppers would probably skip supermarket queues entirely, even at the expense of missing a regular chat, if the technology read items as customers left the store, with accounts automatically deducted.

That’s without having to download special Apps, etc. Trials for this kind of ultra-simple, checkout-less process have gone on for several years, often based on RFID (radio frequency identification) technology, similar to the traditional barcode.

‘Anything short of that, in terms of self-service or cashier-less shopping, is extra faff and stress for customers. Retailers need to ensure they are not perceived as attempting to save costs by reducing staffing levels at the expense of customer experience.

‘The more positive news is that brands and their logistics partners are finding other, more effective and innovative ways to reduce costs by maximising the potential of e-commerce-based technology. This is being done in ways that complement people’s shopping behaviour, rather than forcing them to change.