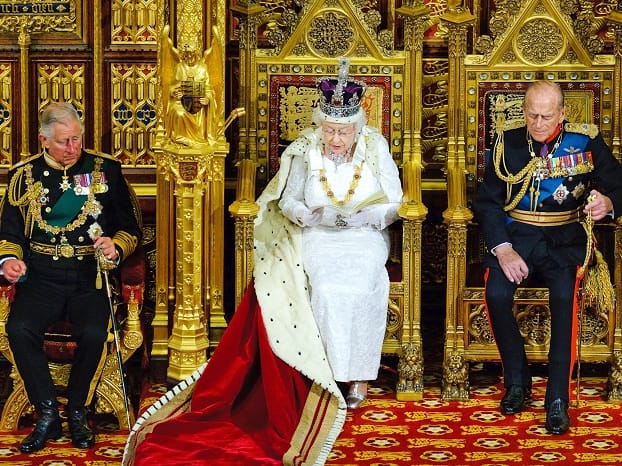 “My government will continue with its long-term plan to provide economic stability and security at every stage of life.

“They will continue the work of bringing the public finances under control and reducing the deficit, so Britain lives within its means. Measures will be introduced to raise the productive potential economy and increase living standards.

“Legislation will be brought forward to help achieve full employment and provide people with the security of a job. New duties will require my ministers to report annually on job creation and apprenticeships.

“Legislation will be brought forward to ensure people working 30 hours a week on the national minimum wage do not pay income tax, and to ensure there are no rises in income tax rates, value added tax or national insurance for the next five years.”

“Measures will also be brought forward to promote social cohesion and protect people by tackling extremism. New legislation will modernise the law on communications data, improve the law on policing and criminal justice, and ban the new generation of psychoactive drugs.”

The Queen said: “My government will bring forward legislation to secure a strong and lasting constitutional settlement, devolving wide-ranging powers to Scotland and Wales. Legislation will be taken forward giving effect to the Stormont House agreement in Northern Ireland.

“My government will continue to work in cooperation with the devolved administrations on the basis of mutual respect.”

Why is there not one company brave enough to boycott the Qatar World Cup?