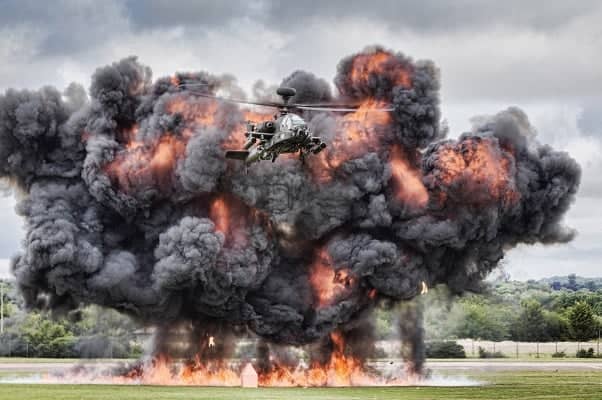 Ukrainian forces have blown up Russia “headquarters” killing more than 80 Russian troops after they bombed a series of Russian targets in Ukraine.

The General Staff of the Armed Forces of Ukraine said that they also destroyed two Russian helicopters and several other military ground vehicles during strikes.

The attacks took place near to the city of Zaporizhzhia which is home to Europe’s largest nuclear power plant.

The General staff said, “In the area of the city of Energodar [Ukraine’s armed forces] hit an enemy control point – more than 50 invaders were killed and more than 40 were injured. [A] Ka-52 helicopter was also destroyed.”

In Kherson a Russian headquarters was blown up along with two tanks, four trucks and more than 30 troops were killed in the process.

In a Ministry of Defence update they said that it was a “realistic possibility” that fleeing Russian soldiers changed into civilian clothing to evacuate the newly liberated city of Kherson.

The MoD wrote, “The completion of the withdrawal came only two days after its announcement.

“It is likely that the withdrawal process had already started as early as October 22, 2022 when Russian-installed figures in Kherson urged civilians to leave the city.”

Many Russian troops are thought to be dug in on the west bank of the Dnipro River where many died drowning and it is likely that the order by the Defence Minister Sergei Shoigu will order them to retreat also.

Moscow has also declared a new “temporary administrative capital” for the region of Kherson TASS News agency reported, which is near to the Crimean border and far enough away from the frontlines.

An official in the Russian occupation administration in Kherson Oblast, Alexander Fomin said the new declared capital is at the city of Henichesk on the Azov Sea.

Fomin said, “All the main authorities are concentrated there.”