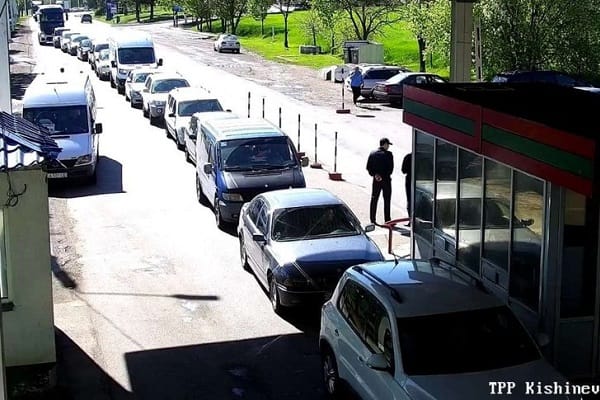 An expert has warned that Vladimir Putin will look “to start a war in Moldova” and advance further West as the Russian leader has always wanted the country under Russian control.

The expert said that this would be Putin’s next logical step once his troops “reach Transnistria” where the Kremlin already has around 2,000 “peacekeeping” officials so the groundwork is already in place.

Dr Yuri Felshtinsky warned that “Moldova would be in danger the moment Russia moves to Transnistria.

“If the Ukrainians aren’t able to hold them, then they’ll reach Transnistria and they will start the war in Moldova. And Moldova, of course, isn’t a member of NATO.”

Speaking to the Express Dr Felshtinsky said, “Even before they are done with Ukraine, if they reach Transnistria in the process, they will start to have a war there.”

He added, “In Moldova, in Transnistria, there are approximately 220,000 Russian-speaking people to whom the Russian government started to issue Russian passports.

97.2% of Transnistrian voted in a 2006 referendum which showed they would be in favour of joining Russia.

Moldova’s Prime Minister Natalia Gavrilita said last month that they are “worried” that Putin could order his troops to invade.

She said, “This is a risk, it’s a hypothetical scenario for now, but if the military actions move further into the southwestern part of Ukraine and toward Odesa, then of course, we are very worried.”

Gavrilita said hat Moldova are “doing everything possible to maintain peace and stability and to ensure the fighting does not escalate,” from the region.

A few months ago the former US ambassador to Moldova, James Pettit, warned that the former Soviet state would be “extremely vulnerable to a Russian invasion.”