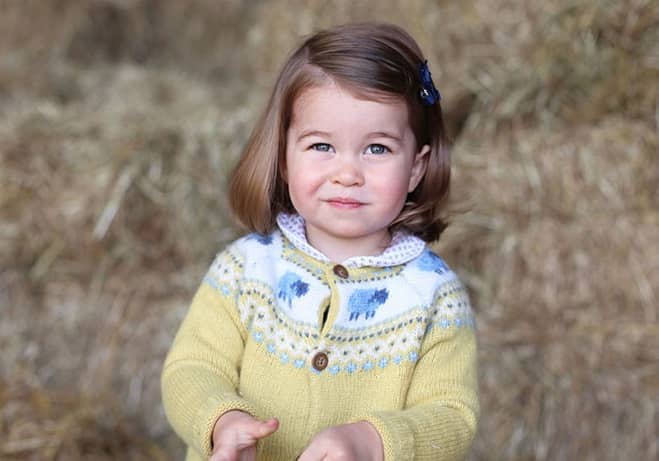 Princess Charlotte to start nursery in Kensington next year

The two-year-old who is fourth-in-line to the British throne behind her father, will attend the Willcocks Nursery School in Kensington near their Kensington Palace home. The cost-per-term for morning school is £3,050.

“We are delighted that The Duke and Duchess of Cambridge have chosen the Willcocks Nursery School for Princess Charlotte,” the school said in a statement. “We look forward to welcoming Charlotte to our nursery in January.”

Willcocks is located in the church hall of Holy Trinity Church in Kensington and has been rated by Ofsted as “outstanding” and describes itself as “a traditional nursery school”.

Prince George attended nursery near their home in Norfolk costing a comparative £33 a day before moving up to Thomas’s school in Battersea in September this year with fees of £18,000 a year.

The Duke and Duchess of Campbridge also released an official family portrait for Christmas.