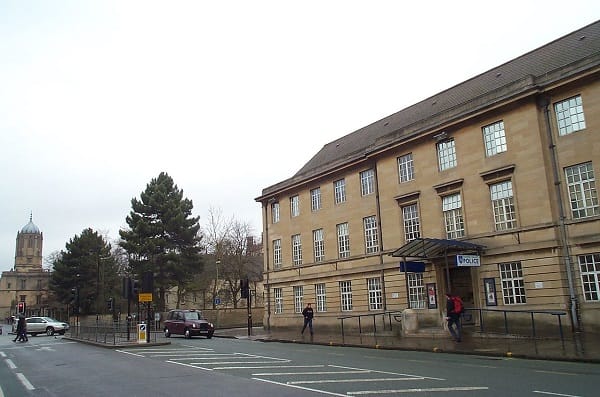 Thames Valley Police has said police officer has been killed after attending a reported burglary near the A4 at Sulhamstead in Berkshire.

PC Andrew Harper was killed after visiting the scene at 11:30pm on Thursday, and Thames Valley Police said a murder investigation has begun.

It has been alleged that PC Harper was hit by a car and dragged under the vehicle for some distance before being hit by another car, although this has not been confirmed.

Ten people have been arrested on suspicion of murder including a “13-year old boy,” and are in custody across several police stations.

Senior investigating officer detective chief inspector Stuart Blaik, of the Thames Valley Police Major Crime Unit, said, “This is a tragic incident, and I would like to reassure the public as well as our officers and staff that we have launched a full and thorough investigation to establish what has happened.

“I would appeal to anyone who witnessed this incident to get in touch. If you have any information which you think could be at all relevant to our investigation, no matter how insignificant it may seem, please leave details on our website.”

Deputy Chief Constable Jason Hogg said, “Our deepest thoughts at this time are of course with Andrew’s friends and family, who are being supported by specially trained family liaison officers.

“Our thoughts also extend to all of Andrew’s colleagues within Thames Valley Police.

“As a force we are devastated at the loss of our colleague and will all be supporting each other at this difficult time.”

Home Secretary Priti Patel said on Twitter, “My thoughts are with the family of PC Andrew Harper who was killed in the line of duty last night.”