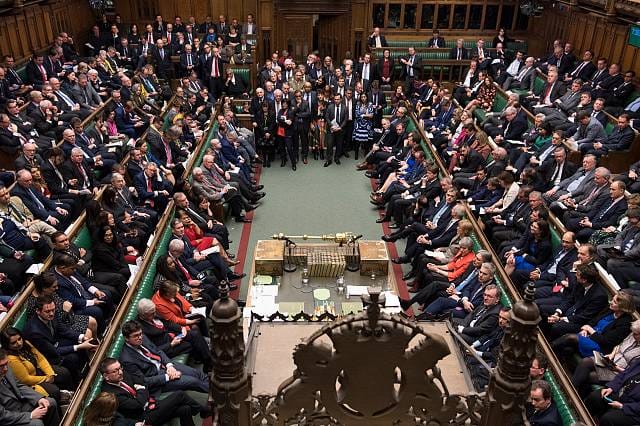 Boris Johnson has been urged by 100 MPs to recall parliament as the UK is facing a “grave economic emergency” over a no-deal Brexit.

MPs from across the political divide wrote to the prime minister demanding updates flowing leaked Cabinet Office documents reported by the Sunday Times.

We can’t afford to wait until September for Parliament to discuss this. I’ve written to the PM, alongside colleagues from across the House, asking him to recall Parliament. pic.twitter.com/RFexVB5X5B

The letter which was signed by a large number of cross party MPs said, “At times of grave economic emergency and threats to our national security, parliament has been recalled to allow MPs to make representations on behalf of their constituents and to hold ministers to account.

“Our country is on the brink of an economic crisis, as we career towards a ‘no-deal Brexit’, which will have an immediate effect on food and medical supplies, damage our economy, jobs, the public finances, public services, universities and long-term economic security.

“A ‘no-deal Brexit’ also threatens our crucial security co-operation to keep our country safe from criminals and terrorists.”

Adding,“And you have shown utter disregard for the crucial relationship between the UK and the Republic of Ireland. These are grounds in themselves for a recall of parliament.”

We will leave the EU on October 31st, invest more money in the NHS and crack down on violent crime. #LeaveOct31 pic.twitter.com/cCpUdRNns0

CBI director-general Dame Carolyn Fairbairn told BBC Radio 4’s Today programme, “I think we can be prepared, we should be prepared, but I don’t think that takes away from the fact that what Yellowhammer shows, and I think what businesses have been saying for three years, is that the cost will be really significant for our economy and for jobs and that a deal is the number one priority.”

Currently MPs are due to return back to parliament from the summer recess on 3 September.