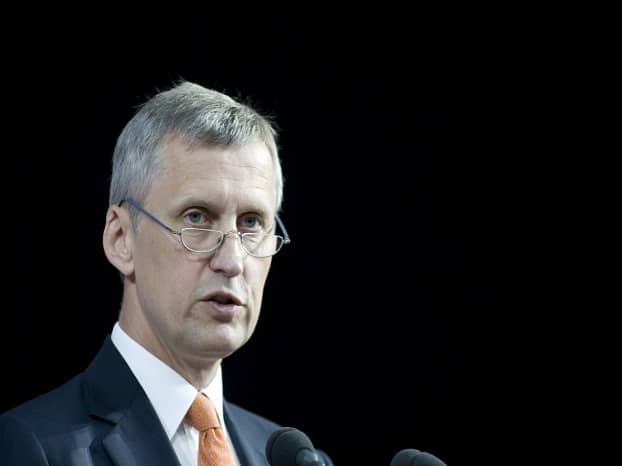 The Financial Conduct Authority (FCA) is coming down hard on payday lenders.

It wants them to carry risk warnings on their adverts, to ban any more than two “roll-overs” of loans, and to limit to two the number of times a payday lender can take money out of a customer’s bank account using a Continuous Payment Authority.

The proposals also suggest that anyone taking out a payday loan should be given free debt advice if they roll over a loan.

The FCA will also propose to ban any adverts it deems unsuitable. It may also limit the amount of interest a lender can charge, which could put a serious dent in the hundreds to thousands of percent of APR that lenders such as Wonga charge.

Martin Wheatley, the FCA’s chief executive said: “Today I am putting payday lenders on notice: tougher regulation is coming and I expect them all to make changes so that consumers can get a fair outcome. The clock is ticking.”

He added: “Our aim is to create a regime that protects consumers and allows businesses to operate. There is a balance to be struck here, and to make sure we get it right we want to hear from as many interested parties as possible.

“We believe that payday lending has a place; many people make use of these loans and pay off their debt without a hitch, so we don’t want to stop that happening. But this type of credit must only be offered to those that can afford it and payday lenders must not be allowed to drain money from a borrower’s account.”

The FCA gains control of regulation of the consumer credit market on 1 April 2014, meaning it will be responsible for regulating companies offering credit cards, debt advice and overdrafts, among other products. Until then, the Office of Fair Trading will regulate the market.