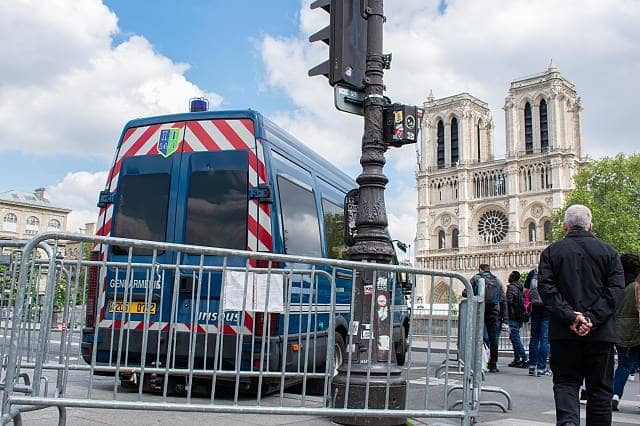 Paris in curfew as Parisians flout lockdown rules as death toll soars to 10,000

French authorities in Paris have banned all outdoor exercise as the coronavirus death toll has hit 10,000, with a curfew enforced between 10am and 7pm.

The new curfew lockdown law is now being enforced between 10am and 7pm as Parisians flouted the lockdown rules over the sunny weekend.

The Mayor of Paris, Anne Hidalgo and police prefect Didier Lallement said Parisians can only exercise outdoors when the “street crowd is at its lowest.”

Previously Parisians had to carry a form explaining why they are out, and were only to exercise for one hour.

France death total death toll is the fourth highest in the world, after Italy, Spain and the US. The UK as of Wednesday had the third highest daily death toll in the world behind, the US and France.

The UK recorded the highest daily death toll on Wednesday with 936 deaths in 24 hours.

London is set for a full lockdown as people are flouting the law with the enforced lockdown. On Wednesday, Police in Kensal Green, North London shared a video of the Covid Idiots running and collecting their belongings, when police approached them.

Kensal Police tweeted, “Officers from @MPSKensalGreen were tasked to deal with people not following government rules.

“What we found in Chandos Recreation Ground NW9 is ridiculous!! 20-30 males playing cricket and running away after seeing police.”

The Health Secretary, Matt Hancock has repeatedly warned Britons not to sunbathe and only go out if it is essential.

This comes after many people are ignoring the governments advice, which is “backed up in law” as groups of people are still gathering in parks and other public spaces.

Hancock said, “We’re absolutely clear that you should not leave your home unless it’s for one of four reasons: for medical reasons, to buy food, to go to work if you can’t work at home and for exercise.”

He added that the rules are there for the protection of public health, these are “backed up in law.”

“It is not a request, it is a requirement in law and people need to follow it.