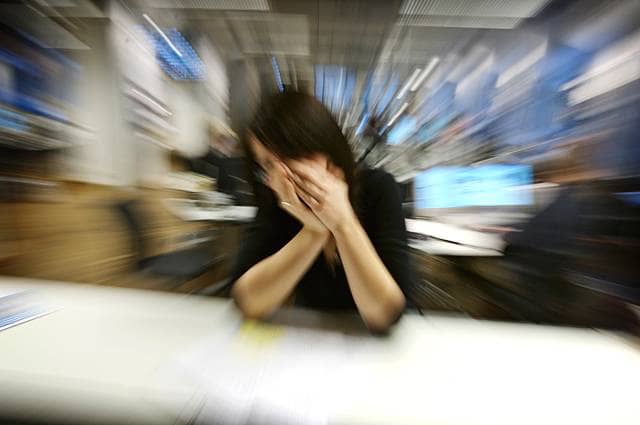 This research reveals all

Over a quarter (29 per cent) of UK SME owners struggle with depression, anxiety, increased stress and other serious mental health related issues caused by the worry of late payments.

More than a third (34 per cent) regularly lose sleep over poor cash flow caused by clients paying late and 7 per cent even claim to have lost their hair because of the anxiety.

The research commissioned by The Prompt Payment Directory (PPD), a new payment rating website for businesses, comes amidst Labour’s plan to crackdown on late payments to SMEs and follows the enforcement on 6 April of the Government’s new ‘Duty to Report’ scheme that requires large companies to report on payment practices twice a year.

The survey polled 1,000 UK small to mid-sized company owners who all suffer from poor cashflow due to late or outstanding invoice payments. The research examines the personal, financial and business impact of late payments.

According to the FSB the UK’s poor payment culture costs the UK economy £2.5bn each year and has forced 50,000 small companies out of business. 30 per cent of invoices are paid late and, as PPD’s research reveals, more than a third (36 per cent) of business owners are sacrificing their own salary as a result.

A lack of income caused by poor cashflow into the business because of late payments, is affecting the life of SME business owners outside of work.

Nearly a quarter (21 per cent) struggle to pay their mortgage or rent or have been forced to sell the family home.

The consequence of these late payment pressures is also destroying people’s marriage, family and social lives.

Nearly a fifth of SME owners combined say that poor cashflow from late payments has put significant pressure on their marriage/relationship (12 per cent) or caused it to fail (six per cent). Seven per cent have put on hold plans to grow their family, get married or go on honeymoon, 13 per cent have removed their children from private school or can no longer afford to pay for school trips, clubs or tuition, and one per cent have even rehomed the family pet because of the cost.

Many (28 per cent) have cut back on their social activity like going to the cinema, eating out or drinks with friends; cancelled their family

holiday; and cut down on family parties and celebrations.

More than a third (36 per cent) have paid their staff late, stopped or delayed bonuses, while nearly 10 per cent have ceased staff perks like company phones, cars or health insurance, and cancelled staff social events including the Christmas party.  Nearly a third (29 per cent) claim that staff morale, recruitment and retention has been affected.

The brink of bankruptcy

Despite countless sacrifices, 18 per cent of SMEs are on the brink of bankruptcy or liquidation due to late payments. Nearly half (42 per cent) have been forced to take out a business bank loan to cover the outstanding payment.

More than a quarter (29 per cent) struggle to pay the business rates with 21 per cent struggling to pay the office mortgage/rent, and 18 per cent have been refused a company loan due to poor credit score. A lack of cash means nearly a fifth (17 per cent) of businesses are in desperate need of refurbishment with 14 per cent unable to afford to replace out-of-date or broken equipment and furniture.

Small businesses are hitting back against late payers.

22 per cent have blacklisted such customers and 39 per cent enforce a late penalty fee. A quarter (24 per cent) have sought a County Court Judgement and more than a third (35 per cent) have either used a debt collection agency or law firm, or an alternative low cost cash flow recovery service.

Hugh Gage, managing director of The Prompt Payment Directory, said: “The financial implications of late payments have been well reported over the years but our research delves deeper into the repercussions of poor cashflow to reveal how it affects and even destroys people’s health and lives.”

“The government’s Duty to Report is a welcome step in tackling late payments but it has its limitations.”

“Only large companies are required to report and only twice a year, but late payment isn’t simply an issue between small suppliers and large customers. According to recent Labour party figures, a hundred and sixty thousand small firms were forced to pay their own suppliers late because of delayed payments.”

“Our research echoes these findings, with 26 per cent of SME owners claiming that late payments are either made by smaller suppliers or a mix of large and smaller organisations.”

“Also, the Duty to Report requires debtors to report on their own payment practices which is counter intuitive, plus an absence of context behind the reasons for the late payment makes it harder for small businesses to reach decisions before entering contractual relationships.”

“To end the UK’s poor payment culture, we need greater transparency throughout the entire supply chain and to encourage best practice which is why we’ve set up The Prompt Payment Directory, so all companies can be rated on their payment behaviour whether good or bad, and by those that are affected – their suppliers.”