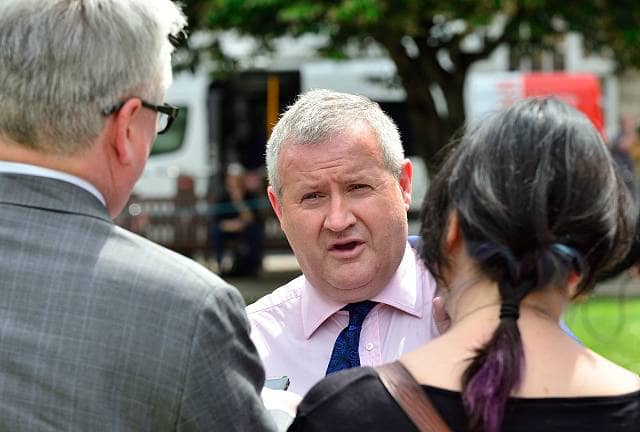 Ian Blackford Westminster’s SNP leader has said a general election in October would be a “fantastic opportunity” for Scots to demand a vote for a second referendum.

He said that if the prime minister is to hold a snap election in October then his party will campaign for Scots to “determine their future.”

Blackford told BBC Radio Scotland’s Good Morning Scotland programme, “We’re faced with the issue that the people of Scotland are expressing in opinion polls that they want that referendum on independence.

“If there is a general election, there is a fantastic opportunity for the people of Scotland to send a very clear message to Westminster that we should be able to determine our own future.”

Some SNP Party members are to join other cross parties to vote against Boris Johnson, Blackford said, “If we take away that risk of leaving the EU at the end of October, let’s have that election, let’s give the people the right to have their say on where we stand.

“Boris Johnson was elected by Tory members; he has no mandate from the people.”

“There will come a point when the people of Scotland have the right to make their own determination as to where do they want to go to.”

Scotland’s first minister Nicola Sturgeon tweeted, “As talk of a General Election mounts, I say ‘bring it on’…but it must be before Oct 31.

“MPs must not allow Johnson to game the date as a ploy to push through a no deal Brexit.

“I think Boris Johnson and everyone else are going to have to face reality. It is the right of the people of Scotland to determine their future.

“If they sent an overwhelming group of SNP MPs down here again, I think there is a very clear message that the people of Scotland have their say on their future.”