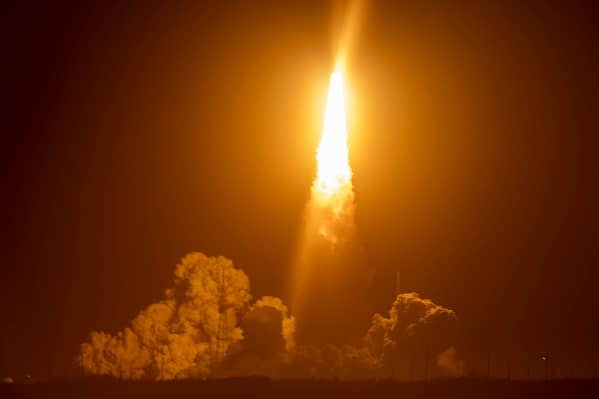 NASA’s unmanned Artemis 1 rocket has blasted off to space to pave the way for future human lunar exploration to the moon.

Artemis 1 which is the most powerful ever Space Launch System Rocket took off at 6.47am on Wednesday morning from the agency’s Kennedy Space Centre in Florida.

A NASA commentator said as the rocket took off, “We rise together, back to the moon and beyond.”

Bill Nelson, administrator of Nasa, said the launch team were “part of a great legacy.”

He added, “This legacy is now taking us as we explore the heavens. It didn’t end with Apollo 17 – this time we’re going back, we’re going to learn a lot of what we have to, and then we’re going to Mars with humans.”

Nasa flight director Charlie Blackwell-Thompson addressed her colleagues saying, “You are part of a first – it doesn’t come along very often, once in a career, maybe.

“We are all part of something incredibly special: the first launch of Artemis. The first step in returning our country to the moon and on to Mars.

“What you have done today will inspire generations to come.”

As @NASA_Orion begins the #Artemis I mission to the Moon, the spacecraft captured these stunning views of our home planet. pic.twitter.com/Pzk3PDt7sd

Libby Jackson, head of space exploration at the UK Space Agency, said, “The launch of the Artemis 1 mission is a hugely significant moment for the global space community, paving the way for humanity to return to the moon in the coming years.

“We are proud to be a part of ESA, which is contributing to this mission with the Orion service module, and we look forward to seeing direct UK involvement in the Lunar Gateway, currently in development through ESA’s exploration programme.

“It’s also exciting to see this mission being tracked in the UK from Goonhilly Earth Station in Cornwall, marking a major step for our capacity to offer commercial lunar communications from the UK.”

Matt Cosby, chief engineering officer at Goonhilly Earth Station added, “We look forward to contributing to this iconic mission from here in the UK.

“Goonhilly played a role in distributing the Apollo Moon landing footage back in 1969; we’re now taking one step further and contributing to humanity’s return to the moon.

“Supporting Artemis is a fantastic way to further demonstrate our capabilities as we continue to expand our deep space commercial services.”