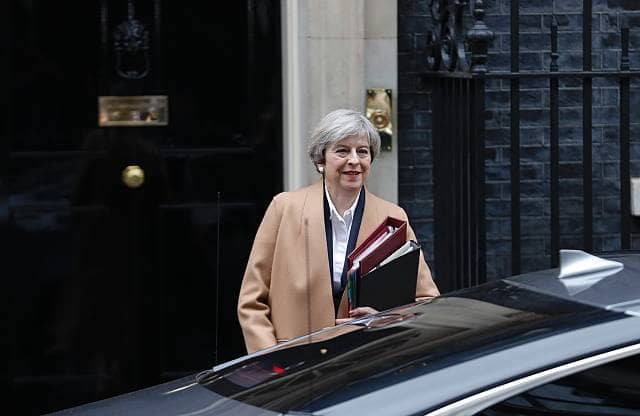 MPs have voted in the House of Commons Wednesday and voted for general election on 8 June.

The Prime minister, Theresa May easily secured the minimum of two-thirds vote required as MPs voted 522 in favour for the motion whilst just 13 voted against.

The Liberal Democrats and Labour both supported the motion.

The general election was due in 2020 but the Fixed Term Parliaments Act allows for this to be held earlier provided there is support from a minimum of two-thirds of MPs.

A spokesman for May said Wednesday that the government is looking to dissolve parliament on 3 May which will be 25 working days before the snap general election.

May told MPs that “We are determined to bring stability to the United Kingdom for the long term and that’s what this election will be about leadership and stability.”

“The decision facing the country will be clear.”

“I will be campaigning for strong and stable leadership in the national interest with me as Prime Minister and I will be asking for the public’s support to continue to deliver my plan for a stronger Britain, to lead the country for the next five years and to give the certainty and stability that we need.”

Labour leader Jeremy Corbyn MP said Wednesday that May cannot be trusted with her U-turn.

Corbyn said to MPs: We welcome the opportunity of a general election because it gives the British people the chance to vote for a Labour government that will put the interests of the majority first.”

“The Prime Minister talks about a strong economy, but the truth is most people are worse off then they were when the Conservatives came to power seven years ago. The election gives the British people the chance to change direction.”

“This election is about her Government’s failure to rebuild the economy and living standards for the majority.”

“It is about the crisis her Government has plunged our National Health Service into, the cuts to our children’s schools which will limit the chances of every child in Britain, four million of whom now live in poverty.”