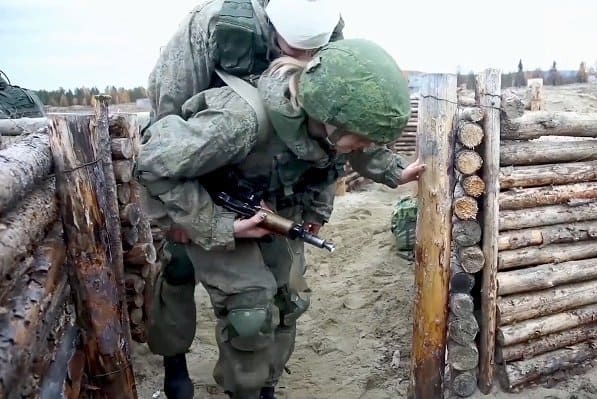 Vladimir Putin have been forcibly conscripting thousands of Ukrainian Crimeans to fight in the Ukraine since the start of the war.

The head of the prosecutor’s office of the Autonomous Republic of Crimea and the city of Sevastopol Ihor Ponochovny said that during the eight years Russia has occupied Crimea more than 34,000 have been forced into the military.

He said, “Thousands of Ukrainians who remained in the occupied territories have already been or are at potential risk of being forced into mobilization.”

In this context, he said, “The recent creation of a new mobilization center in the occupied Crimea may indicate a covert mobilization on the peninsula for the potential involvement of Crimeans in the war on the side of the occupying army.

“Russia aims to send Ukrainians from the territory of the peninsula to fight against their country.”

He added, “I emphasize that the Crimeans, forcibly drafted into the ranks of the Russian army or other illegal formations, are victims of the armed conflict, and not criminals.

“Therefore, they cannot and will not be subject to criminal prosecution if they did not commit any other crime while serving in the occupying army.”

He also said that information about the alleged persecution of Crimean conscripts by Ukraine is propaganda aimed at discrediting the Ukrainian authorities.

“At the same time, the actions of citizens of Ukraine from the occupied territory, voluntarily joining the Russian armed formations, can be qualified as high treason,” Ponochovny said.