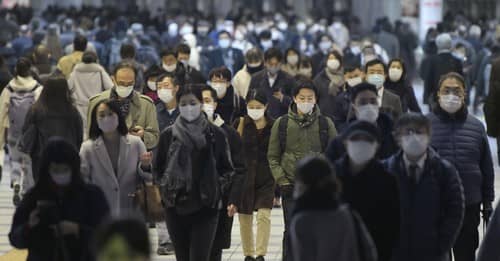 The Business Secretary Kwasi Kwarteng has warned on Wednesday that 5,000 people could catch long Covid every day by the end of this summer.

The admission was made to Sky News as he was defending the government’s decision to stop restrictions in England even though infections are rising.

On Tuesday the UK recorded the highest cases of Covid since 29 January with 28,773 confirmed cases along with 23 deaths in 24 hours.

The Health Secretary Sajid Javid warned yesterday that he expects Covid cases to rise “significantly” which could be as “high as 100,000” a day.

The Office for National Statistics released data last week which show around 962,000 are living with long Covid – or Covid syndrome with symptoms such as fatigue.

Kwarteng was asked by Sky News over the projected rates of long Covid once England fully reopens, he said, “We can’t simply lockdown our society forever, we have to reopen.”

He added, “If we don’t reopen fully on July 19 the implications of that would be simply just to delay all of this until perhaps September and then the winter when things would become more difficult, so it’s a balancing act.”

Javid told BBC Radio 4’s Today programme on Tuesday, “I said in parliament yesterday that by the time we get to the 19th, we would expect case numbers by then to be at least double what they are now, so around 50,000 a day.

“As we ease and go into the summer, we expect them to rise significantly and they could go as high as 100,000.

“We want to be very straightforward about this, about what we can expect in terms of case numbers.

“But what matters more than anything is hospitalisation and death numbers and that is where the link has been severely weakened.”