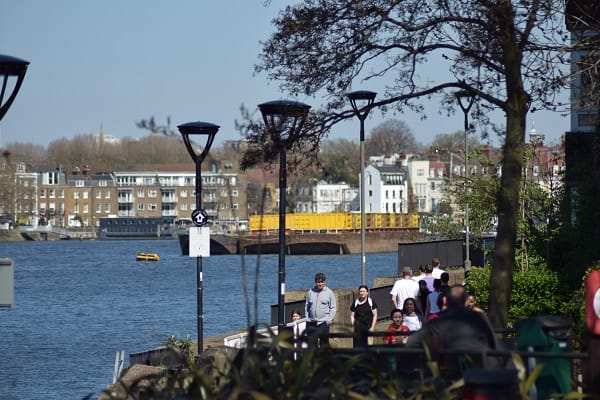 Temperatures could reach 24C in parts of the UK this week before turning colder over the Easter weekend.

With high pressure over southern parts of the UK temperatures will climb through the start of the week. Through Monday cloud will break up from the south bringing sunshine to many parts of England and Wales by the evening, with temperatures expected to reach 19°C in the east.

Further north, persistent rain continues for north western Scotland where there is a Yellow National Severe Weather Warning for rain in force until Wednesday morning. In the east of Scotland, although cloudy, it will be drier with temperatures of up to 18°C expected.

With cloudless skies overnight across much of England and Wales, temperatures will drop into single figures with some rural spots seeing a light frost.

Tuesday will start bright and sunny for many, although the rain continues to persist in the north west of Scotland. Temperatures on Tuesday are expected to reach 23°C, most likely in the south and east of England with temperatures of 18-20°C quite widely across England and Wales.

After another chilly night in places, Wednesday is expected to be the warmest day of the week with 24°C possible in London and potentially towards Hertfordshire and Cambridgeshire. For context, the highest temperature on record for the UK in March is 25.6°C recorded on 29 March 1968 at Mepal in Cambridgeshire.

Chief Meteorologist Steve Ramsdale, said: “The UK will see a few days of notably warm weather to end March, with a maximum of 24°C on Wednesday in the south and east of England. There will also be plenty of sunshine across England and Wales however parts of Scotland will see some persistent rain over the next couple of days.

“Conditions will start to change through the day on Thursday as cooler air moves in from the north east, highs will fall to the mid-teens before falling further by Friday, especially along the east coast. With pressure building from the north however, conditions are expected to remain dry for the majority.

“Through Sunday an even colder pool of air will start to push in across the UK from the north west, bringing a notable change to temperatures compared to the start of the week. This also brings a move towards more unsettled conditions with stronger winds and the chance of some wintry showers.”

Southern England could be hit with snow within days as...