London Mayor Boris Johnson has raised the curtain on London Fashion Week with a call to the industry to take on apprentices in the capital.

Johnson opened fashion week with chairman of the British Fashion Council (BFC) Harold Tillman as models sported outfits that will be all the rage during next year’s Olympics.

The mayor called out for the fashion industry’s help in reducing youth unemployment by employing young people.

He said: “Only last week London was voted the fashion capital of the world… that is great news for our city and our economy. If London fashion business could help young Londoners in this difficult time by taking them on – and we by the way can find public funds to help – then we could not only reduce youth unemployment, we would also be unlocking untold riches of talent and we would be lengthening London’s lead as the fashion capital of the world.”

British Olympic athletes were among the models showing off the latest collections of Britain’s favourite designers – with skeleton gold medallist Amy Williams among those donning the designer threads. She said: “It is amazing to have all these British designers and British athletes here trying to kick it off for London 2012.”

Looking ahead to the Olympic year, Tillman spoke about the BFC’s Fashion 2012 programme, calling the plans “very exciting”.

Tillman said: “Fashion 2012 will offer a central platform for the industry to come together to celebrate British fashion. The programme will showcase our creative excellence, inspire and educate young people.”

Speaking earlier, Johnson celebrated the young creatives working in the capital, many of whom were trained at London’s fashion colleges.

He said: “Fashion is stitched into the fabric of London life and an important part of London’s creative industries, which generate tens of billions a year.

“Our internationally renowned colleges, like Central St Martin’s and Royal College of Art, produce brilliantly talented and trendsetting individuals that go on to helm the biggest fashion houses and are a source of inspiration for style seekers from across the globe.

“From ateliers to the showrooms and onto the high street, the UK fashion industry is worth £21bn a year. Having been voted the world’s fashion capital this year, we must retain that crown ensuring our designers are able to thrive and project the city’s creative genius around the world.”

London Fashion Week is one of the highest-profile fashion events in the world – it will run until 21 September. 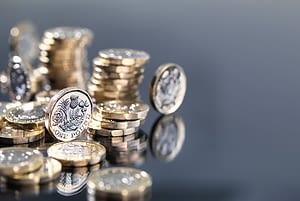