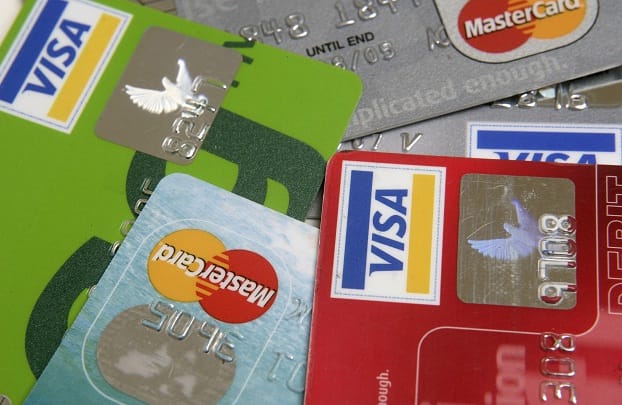 On Tuesday, Mastercard released a survey report revealing that millennials are poised to drive cryptocurrencies to new heights. A total of 15,569 consumers from 18 countries participated in the survey, which was conducted through an online portal. The study took place over the course of 13 days, from February 26 to March 10. The Harris Poll and Mastercard Global Foresights, Insights, and Analytics also missed it.

According to the Mastercard New Payments Index, millennials are ready to accept the new financial system. In the online poll, 93 percent of respondents expressed an interest in implementing at least one new payment mechanism in the coming year, such as bitcoin, biometrics, contactless payments, or QR codes. People are learning about the benefits and becoming more familiar with these methods of payment, which are now finding their way into the conventional cashless system. 71 percent of people believe that switching from cash to cashless payments is a good idea. Beginners can take guidance from official website to start trading in crypto.

According to the Mastercard report, millennials are exaggerating the value of cryptocurrencies. Despite the possibility of uncertainty, they are willing to invest in this high-yielding crypto sector. Consumers want a taste of cryptocurrency after seeing how the price charts have moved in the last few months. Since the status of cryptocurrency is still unknown, anybody can purchase, sell, and exchange it as a product and an investment. People are interested in seeking ways to spend their crypto assets for daily transactions now that they have amassed significant crypto assets.

Four out of ten people (40 percent) in the survey from North America, Latin America and the Caribbean, the Middle East and Africa, and the Asia Pacific said they intend to invest in cryptocurrencies in the coming year. The study also provides a diverse picture of how millennials around the world, especially in the Middle East and Africa, are becoming more accessible to cryptocurrency discussions. It’s interesting to see that more than half of them (67%) have a favourable opinion of the digital asset and are more willing to consider it now than they were a year ago.

In addition, 77% of millennials said they want to learn more about it, and 75% said they would be more comfortable using cryptocurrencies if they had a better understanding of the definition.

Consumer interest in cryptocurrency is the, especially in the highest-ranking Bitcoin, but more work needs to be done to protect consumer choice, protection, and regulatory enforcement.

The Mastercard press conference did not explain why Europe was not included in the survey. It also didn’t address the long-term challenges that can accompany mass adoption, such as the high volatility of the market, which makes it difficult to trade with fiat currencies, or the downside of using bitcoins for daily purchases because its value is expected to rise. It would have been a good idea to include information about the US tax law on cryptocurrencies in the press release. Did you realise that even the smallest transactions made with cryptocurrency must be recorded and taxed in the United States?

The survey was conducted for reasons other than scholarly curiosity. In February, Mastercard announced that they would provide the option for merchants to accept cryptocurrency payments as soon as possible. The Gemini exchange recently announced a partnership with Mastercard for its forthcoming credit card, which will enable cardholders to switch their crypto rewards to Gemini Earn, an interest-earning programme. This 55-year-old business is looking to diversify its revenue streams by investing in smart contract technology and central bank digital currencies.

How Mastercard plans to accept payment in crypto

Beginning this year, Mastercard will have an open network for customers to pay and receive cryptocurrency payments. Tesla made this announcement shortly after announcing a $1.5 billion Bitcoin investment and a plan to enable consumers to pay for its goods in cryptocurrency.

MasterCard had also partnered with cryptocurrency card partners Wirex and Uphold to facilitate cryptocurrency purchases; however, cardholders could only use the two external sites to spend digital assets. This indicates that the transactions were not carried out on the company’s network directly. Before hitting the merchant, the payments are converted to fiat currency.

The new initiative is expected to broaden this dynamic, as companies will be able to conduct transactions outside of the fiat environment if their customers are willing to do so. The inefficiencies of converting crypto to conventional currencies and vice versa in order to make transactions would be eliminated by this method.

However, Mastercard has stated unequivocally that it does not plan to accept all types of cryptocurrencies on its network, as most of them do not adhere to the company’s policies.

How has Bitcoin moved beyond an existential crisis

Payment network investments have supported the crypto space more than they have helped businesses implementing it. The dramatic increase in Bitcoin prices is largely due to mainstream corporations such as PayPal, Mastercard, and Visa publicly announcing their plans to embrace cryptocurrencies, effectively giving it a “vote of confidence.”

People trust such businesses because of their top-notch protection, technological efficiency, and adherence to laws and regulations. Businesses are founded on trust; investors, retailers, banks, and the government have full confidence in these businesses. When Mastercard mentioned its collaboration with the government in developing and implementing digital fiat, as well as enabling multiple cryptocurrencies to be used on its network, it served as a kind of validation for those considering cryptocurrency adoption. It’s almost as though cryptocurrency has matured to the point that it can pass the network’s legitimacy litmus test.

Despite obtaining reputed institutional backing, leading economists and financial commentators have accused bitcoin of replicating a price bubble. Some central bank officials, such as Alan Greenspan and Agustin Carstens, are sceptical of cryptocurrency because of its potential to destabilise the financial system. However, if we want to look into the agendas of centralised authorities, we need to look into the actions of pro-crypto players as well. When Elon Musk tweets about Bitcoin or Dogecoin, he isn’t just expressing his opinion; he is making a difference in the sector. His statements either cause prices to rise or fall. Critics argue that his business clout is a valuable commodity that can be exploited. While elite players’ and institutions’ support can be real, a cryptocurrency requires far more.

Businesses are optimistic about Bitcoin’s dominance in the stock industry, but they are still attempting to embrace the blockchain technology that underpins it. This device provides total accountability to its users, making hacking extremely difficult. Only when miners authorise a transaction, which is tracked from beginning to end, is it considered complete. This eliminates the need for a middleman, making chargebacks technically impossible. If a transaction is completed, it is definitive and irreversible, with no room for revision. In addition, Bitcoin provides a totally decentralised experience.

Businesses also suffer massive losses as a result of the conventional financial system. Transferring money becomes a hassle, taking up to days, not to mention the fact that it is a costly and time-consuming operation. Using blockchain technology, transaction times can be reduced from days to hours or seconds, and fees can be reduced from hundreds of dollars to cents.

For companies in the financial sector, speed and security are paramount, but with obsolete and slow systems, these priorities can be jeopardised. A modern infrastructure based on blockchain technology has the potential to be game-changing. It is possible to increase speed while lowering costs without jeopardising security.

It’s also worth noting that since Bitcoins are stored on a decentralised ledger, users don’t need a bank account to use them. This does not seem to matter to people who live in developed economies, but there are an estimated 1.7 billion people worldwide who do not have access to banking services. On the internet, everybody has access to cryptography. Businesses will now reach out to previously unreachable regions and offer services to previously untapped markets. Businesses that were able to incorporate cryptocurrencies into their platforms have reaped the benefits of the latest price spike.

When Bitcoin reached a new high of $64,000, it became clear that it is no longer something that can be overlooked. Not only Bitcoin but also Ether, the second most widely traded digital currency, recently hit a new all-time high, trading around $3,500.

Following the price spike of Bitcoin, Dogecoin, which began as a joke, has surprisingly gained traction. If you think you’ve missed your chance in the crypto business, note that it’s just the beginning.