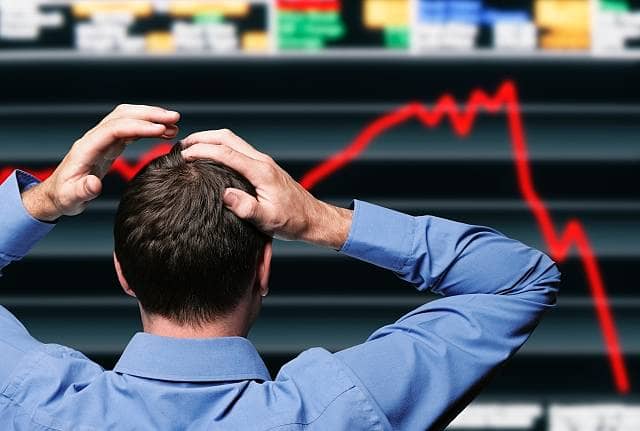 The back to back gains chalked up on Wall Street last night weren’t enough to inspire further strength in stocks on this side of the Atlantic on Thursday. However, the scale of the losses are fairly manageable compared with some of the daily sell-offs we have seen in recent weeks.

AJ Bell investment director Russ Mould said: “There is mounting concern about just how ugly US jobless claims numbers might be when released at lunchtime UK time. A spike in claims across the border in Canada to nearly one million suggests they could be gargoylesque.

“The question is just what the markets are pricing in. Everybody is braced for economic data to be exceptionally awful for some time as we are living through a period which has no precedent since these records began.

“Even during the financial crisis people still bought clothes, frequented restaurants and cafes, and went out to work. Lockdown conditions are bound to lead to massive drops in output – the question is how long they might last?

“Notably Brent crude oil, still the engine of global economic growth, is back below $30 per barrel despite the recent recovery in equities.

“A G20 summit, the world’s leaders joining the rest of us in having to master video conferencing, raises the promise of a co-ordinated global response but this may prove hard to achieve in practice.

“At a company level we are seeing some interesting trends. At the start of the year no-one would have predicted a surge in demand for freezers and self-storage units, yet that’s precisely what has happened in this topsy-turvy world.

“Dixons Carphone has seen electrical sales soar by 23% in the past three weeks, helped by a surge in demand for people wanting freezers so they can stock up and store food during the lockdown. The shift to home working will have also driven hefty sales in laptops and printers.

“With the sudden requirement to stay indoors, students have raced to put their belongings in temporary storage before heading back to their parents’ house. This has created higher demand for the likes of Big Yellow and its lock-up units.

“Big Yellow’s 81.6% occupancy level shows it still has capacity to handle more demand. However, one might have expected the student sales catalyst to have been short-lived as the nation has been told not to travel, so all the student relocation might have already happened.

“The company also faces the risk that businesses using its storage facilities can’t keep up the rent, which is why Big Yellow is already granting rent holidays.”

88% of businesses in London are losing out...

88% of businesses in London are losing out on an average of £190,000 a year by not utilising their office space effectively

According to a survey of London based CEO’s, the average days in the office has dropped from 4.2 to below 2.5 post-pandemic, with more than half (54%) of …