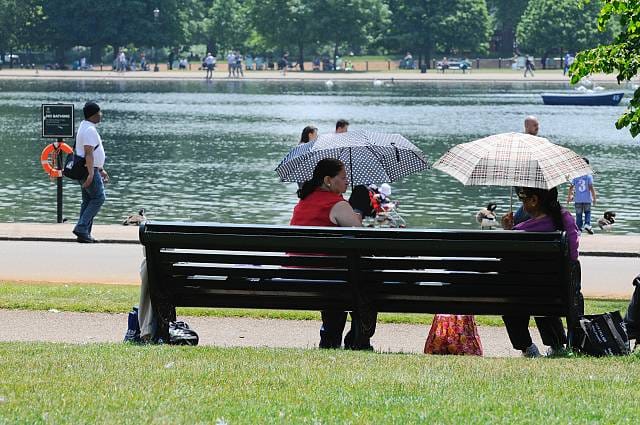 London to bake in temperatures as high as 34C this week

London could see temperatures as high as 34C this week as Britain’s mini heat wave continues.

Parts of England and Wales are forecast to see temperatures clear of 30C on Tuesday while the mercury rises to 29C in Scotland and 28C in Northern Ireland.

Transport for London said its giving out 250,000 free bottles of  Evian water at Underground stations to help people beat the heat.

He said this “includes improving ventilation systems at our stations and introducing new air conditioned trains, which will serve 40 per cent of the Underground network by the end of this year.”