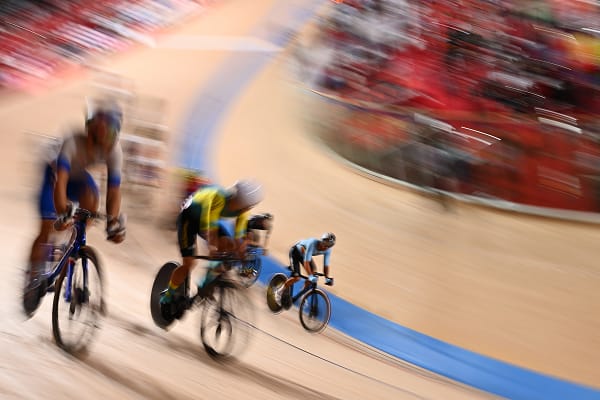 Cycling has enjoyed a resurgence during the pandemic lockdowns, with over half (53%) of cyclists claiming to use their bikes more frequently. In addition, 57% of people who were considering taking up cycling before the pandemic did so during lockdown. Now that lockdown has eased, people want to keep cycling for exercise (82%), to improve their mental health (73%), to spend time with friends and family (63%) and to cycle to work (51%).

The findings come from research conducted by Cyclescheme, part of Blackhawk Network, looking into how the pandemic has affected cycling habits ahead of today’s annual Cycle to Work Day.

Cycling has boomed during lockdown

On average, cyclists report getting out three times a week for 14 miles per week on average. The research also found that:

Despite the proven health and mental wellbeing benefits, this cycling boom is at risk of coming to an end now lockdown has eased.

Many cyclists anticipate running out of motivation, with over a third (35%) citing a lack of willpower as a barrier to cycling now lockdown has eased. Londoners are less concerned about motivation; only a quarter (26%) of cyclists in the capital see it as a barrier as opposed to 42% of people in the East Midlands. With people’s social lives opening up, a quarter of cyclists also claim they will struggle with having less spare time to cycle.

Accessibility is another issue when it comes to maintaining the cycling boom. Two fifths (41%) of people who are considering taking up cycling would make the leap if discounted bikes and accessories were available. This is where initiatives such as Cyclescheme, an employee benefit that saves riders 25-39% on a bike and accessories, can help.

Finally, safety concerns need to be managed if we want to keep Britain cycling. Almost half (49%) of respondents would be more likely to cycle if they had access to safer routes.  Over half (55%) agree that more cycle lanes should be a top priority for local councils.  However, it is positive to note that government and local councils already are committed to improving cycling infrastructure. Last year the Government devoted £2 billion to enhance cycling infrastructure across the UK via new cycle lanes, better-protected junctions and more parking spaces for bikes.

Derek Redmond, former Olympic athlete: “Lockdown has been difficult, so it is inspiring to see how many people have found positives and turned to hobbies like cycling over the last 18 months. As an avid cyclist myself, I’m especially pleased to see people are taking to their bikes as a way to keep fit and stay active. Not only that, but it’s a fantastic way to get the family involved in the sport while spending time precious time together. Don’t let a lack of motivation undo all the gains that we have made; let’s keep on cycling!”

Adrian Warren, Director at Cyclescheme and Chair of the Cycle to Work Alliance said: “I’m delighted to see that the pandemic has encouraged more people to get cycling, but we need to keep it up! Exercise is hugely beneficial for our physical and mental health as a nation, but we know that motivation can dip when life gets busy. The key is to incorporate cycling into your lifestyle – for example, cycling to work or socialising by going on bike rides with family and friends. We also encourage people to look at initiatives such as Cyclescheme, an employee benefit that saves riders 25-39% on a bike and accessories.”