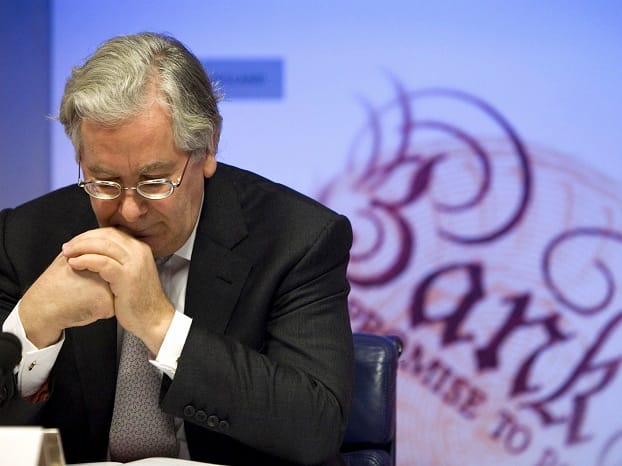 Bank of England governor Sir Mervyn King has told MPs of “genuine and deep” concerns among regulators over governance at Barclays.

Sir Mervyn said the bank was in a “state of denial” over regulatory concerns following the rate-rigging scandal, adding that regulators had lost confidence in Barclays’ bosses.

Barclays displayed a worrying pattern of behaviour and was found to “sail close to the wind” on a number of occasions with regulators, he told the Treasury Select Committee.

However, Sir Mervyn said Barclays had failed to accept the seriousness of regulatory concerns.

It was only when the full scale of the Barclays Libor-fixing scandal came to light that he became aware of it, Sir Mervyn claimed.

The governor’s comments come after news last week that he had discussed concerns over Libor with New York Federal Reserve president Timothy Geithner at least four years ago. The revelation raised questions about why the Bank had not moved to stop rate-fixing earlier.

Sir Mervyn said there was no evidence of “wrong-doing” with Libor at the time.

“The first I knew of it was when the reports came out two weeks ago,” said Sir Mervyn.

But Jonathan Davis, managing director of Jonathan Davis Wealth Management, cast doubts over whether Sir Mervyn was in the dark about Libor-fixing until recently.

“They are all covering each other by pretending none of it was their responsibility.”

Davis compared the inaction of the authorities to someone watching a man being attacked in the street but failing to report it. He said the powers that be are “evading personal, professional and moral responsibility”.

“In 2008 the New York Fed, which is essentially the Wall Street regulator, told the Bank that Libor was being manipulated.

“What (deputy governor of the Bank of England Paul) Tucker and King are saying is: a) we didn’t understand the message and b) if we did, it wasn’t for us to do anything about.

“Well neither of these statements are tenable for the reasonable man.”

Banking regulator: Diamond contributed to a “culture of gaming”