Home Business Insights & Advice Learning programming to become a modern developer: The similarities that make they do it 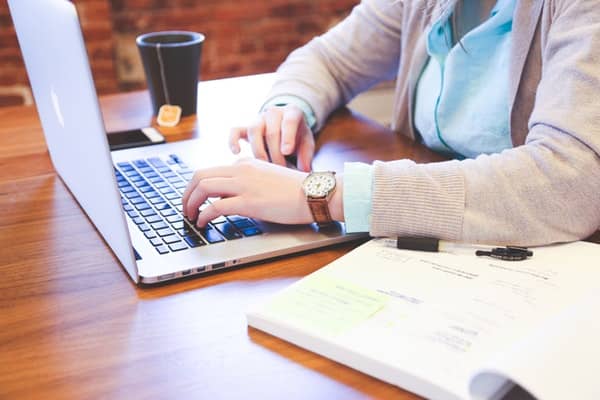 Learning programming to become a modern developer: The similarities that make they do it

Today, there are thousands of developers and active technology professionals who are trying every day to achieve better things. They come from various backgrounds; race, gender, age, ability and so on. But even though they are not a homogeneous community, they have some similarities between them. One of the most progressive programming platforms, HackerRank, has completed a study of approximately 40 thousand developers about their backgrounds in the programming world and also their preferences.

The study covers the age at which they start everything in learning programming, initial desires, language selection, idol developers and so on. Below we will discuss some important points related to the similarities between tens of thousands of developers.

This is about shared DNA

1. They learn coding before they even learn to drive

Most of them have started learning programming since they were teenagers, even before they started learning to drive. In fact, a quarter of them had studied computer program codes before they were 16 years old. Some of the quarter have even experimented with real mobile applications before they are 15 years old. England and Australia are the two countries with the most adolescent coding practitioners. Each of them has no less than 10% of the youngest coding practitioners in the world. In fact, most CEOs of companies engaged in software have been able to make their own code before they are 10 years old. This is a strong reason that explains why most software code developers come from the UK and Australia.

2. Most of them are self-taught

It is an ironic fact that the majority of young programming practitioners are self-taught. Instead of taking serious programming classes, they seem to prefer to study independently through the Internet. Their habits seem to be supported by many free online coding sources and one of the most popular learning methods is Stack Overflow. However, there is always a role for official educational institutions. There are many significant overlap cases where young programmers learn online coding sources to complement what they have received in class. It is called significant because there are at least 69.4% of respondents who study certain codes in schools and universities.

3. They master at least four languages

Most of them master four languages. The younger the developer, the greater their intention to learn new languages in learning programming ​​and this explains why those aged between 18 and 24 want to master at least 6 languages, while those aged 35+ only want to learn a maximum of 3 languages.

Python is ranked first of the most beloved languages. There were around 84% of respondents who chose it as the language of developing their new programs. There are several reasons for that; simplicity, readability and the availability of a scientific library with so much potential. Also, they usually start with a simple guide when learning programming.

5. Silicon Valley is their Mecca

Almost all new developers pay attention to what is happening in Silicon Valley. It includes the languages ​​commonly used there; Rust, Go, Kotlin and Scala. They are what are used by giants like Apple, Google, Twitter and so on.

6. They are unique, care more about work life balance

Unlike most “ordinary employees” who like to focus on things like festive events, free snacks and office facilities, developers are more eager for life balance. They love their jobs and money is in the umpteenth order. They don’t like deadlines and they are lovers of freedom. Flexibility is their world and thinking out of the box is their other name. Of course they are not pragmatists, they are idealistic beings!

Instead of avoiding new problems that might arise they are actually interested if a programming language raises a problem. They are encouraged (from within) to improve it and even (if possible) develop it in a better direction.

They are unique people with strong idealism

From the 7 points above it can be concluded that application developers are unique people with strong idealism. They are not ordinary employees or bosses. They are the pioneers who dream of the revolution. Not a follower at all. The general view implies that they are a group of strange people but in reality they are people of different interests, with what the world must thank for all the rapid advances in computer technology in the last 30 years.