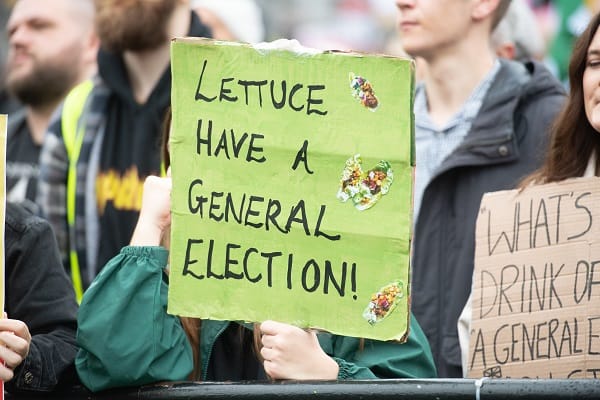 The Labour leader Sir Keir Starmer has said they are ready and a general election should be called “straight away.”

Sir Keir accused Rishi Sunak’s government of being “weak” with “low ambition” after he set out his proposals for the year ahead on Wednesday.

The Labour leader was asked if he is prepared for a snap poll, Sir Keir responded, “We are now ready for an election and I put the party on that basis some time ago.

“As to when that election will be, your guess is as good as mine. I think it should be straight away.

“After 13 years of failure, of failure on our economy – growing the economy has been far too slow over the past 13 years – our public services are on their knees, they did huge damage last autumn to our economy.

“I think people are entitled to say, ‘We don’t want any more of this, we should have a general election as soon as possible’.”

The Conservative Party are still lagging behind Labour in the polls amid the cost of living, the energy crisis and the NHS.

Sir Keir said of the Prime Minister, “I thought his promises were weak and low ambition. Inflation is the biggest example of that.

“So you get inflation down to a rate lower than is already predicted, it is not a big promise to the British public.

“The idea that after 13 years of failure you can come along in the 13th year and say ‘I have got five new promises please give us one more chance,’ I just feel is so far removed from reality.”