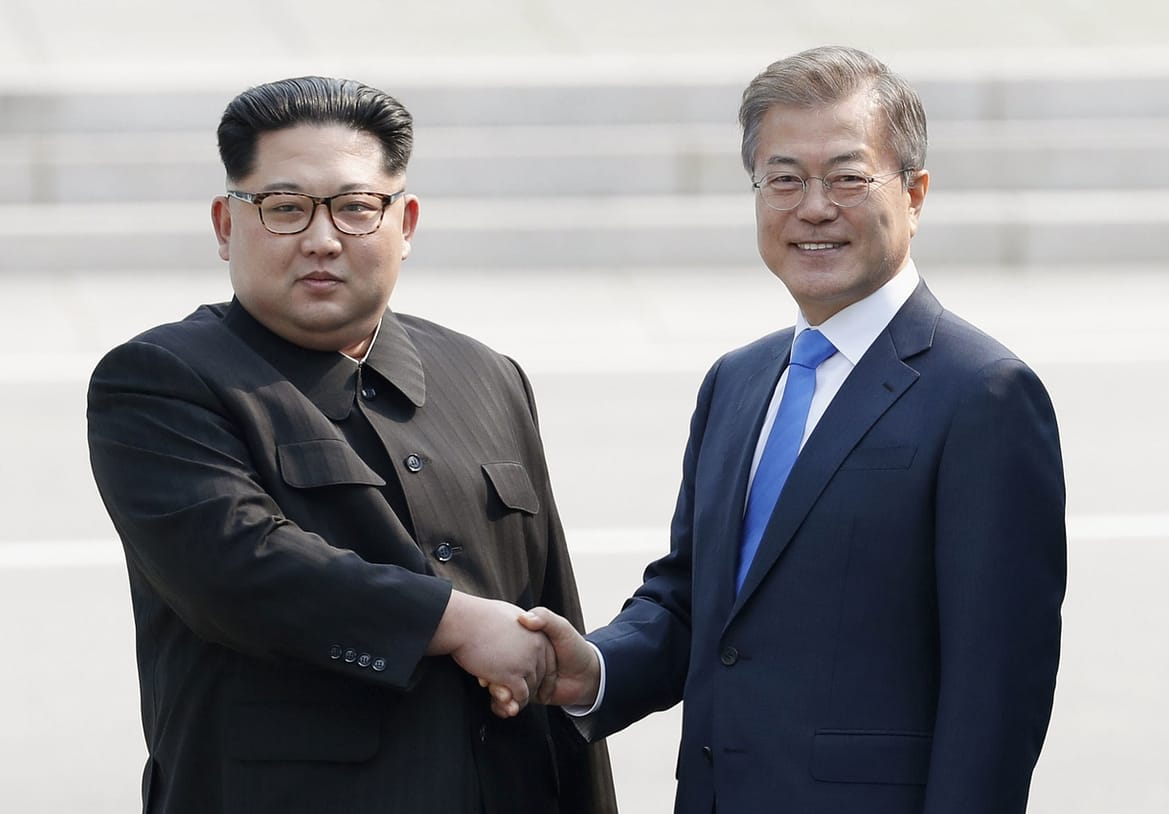 ‘Korean War to End!’: All about historic embrace between Korean leaders

In a historic moment today, the leaders of North and South Korea embraced and pledged to work for the “complete denuclearisation of the Korean peninsula”.

North Korean leader Kim Jong Un and South Korean President Moon Jae-in also announced they would work with the US and China this year to declare an official end to the 1950s Korean War and seek an agreement to establish “permanent” and “solid” peace.

Following this development, US President Donald Trump hailed Kim’s effort to end his country’s seven-decade war with South Korea and pursue the “complete denuclearization” of the Korean Peninsula.

KOREAN WAR TO END! The United States, and all of its GREAT people, should be very proud of what is now taking place in Korea!

“The two leaders declare before our people of 80 million and the entire world there will be no more war on the Korean peninsula and a new age of peace has begun,” the two sides said.