Home Brexit Johnson told by Macron the deal could be ‘amended’ 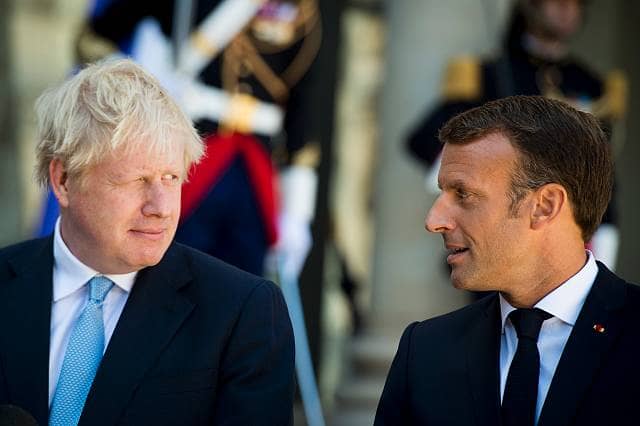 Johnson told by Macron the deal could be ‘amended’

Boris Johnson and Emmanuel Macron met yesterday in Paris and the British prime minister was told they will “not find a new withdrawal agreement” within 30 days that’s “different from the existing one.”

Although Macron did say that the deal done between Theresa May and Michel Barnier could be “amended.”

Macron said there has to be “visibility” with what the UK wants within the next “30 days,” the Irish backstop was “indispensable” and it is not about “legal quibbling,” he said.

However, the ever optimistic prime minister said, “where there’s a will, there’s a way” and he is “looking forward to developing those thoughts in the next few weeks.”

He added, that the UK will “under no circumstances will the UK government be instituting, imposing checks or controls of any kind” in Northern Ireland.

Macron and Johnson will be meeting again at the G7 summit in France over the weekend.