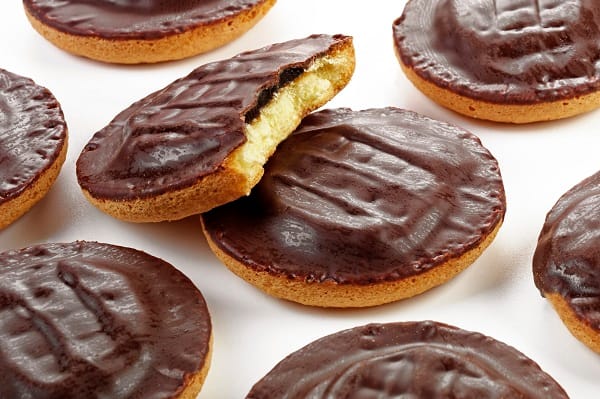 More than 750 workers at the Jacobs Cream Crackers factory are to stage a permanent strike in anger at a real terms pay cut.

Staff at the Aintree plant – who also make Jaffa Cakes, Twiglets, Club bars and Mini Cheddars – have been taking limited industrial action since September in their dispute over pay.

From today [Monday 14 November 2022] factory staff, who make 14,000 tons of Jacobs cream crackers every year, will walk out every single day until boss agree to negotiate.

There are 751 members at Aintree who have been taking industrial action since early September in pursuit of a pay award that meets their claim for cost of living.

Yesterday the Company announced they were shifting production Jacobs Cream Crackers to Portugal in a bid to undermine the strike.

Eamon O’Hearn, GMB National Officer, said, “These workers are rightly angry – they put themselves on the line to keep the company going during the pandemic.

“Now they need some help to get them through the cost of living crisis. But it’s falling on deaf ears. In fact, more than that, bosses are shifting an iconic British brand to Portugal to undermine their own workers.

“This kind of naked corporate greed in the run up to Christmas is disgraceful.

“Jacob’s workers will now be on strike 24 hours a day, seven days a week until the company comes back to the negotiating table.