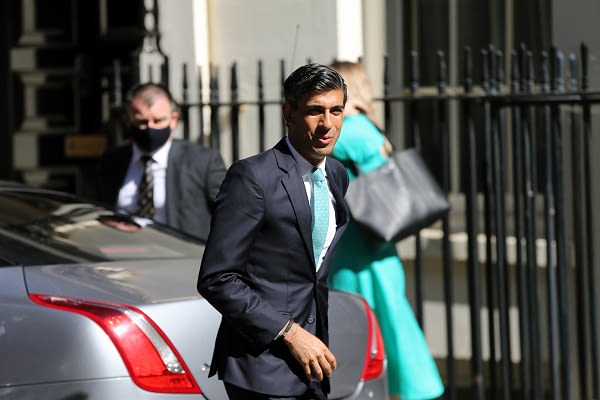 Stocks & Shares ISAs will create more millionaires each year than the lottery by 2031 as armchair investing overtakes lotto fever, according to new research by an expert chartered by the Royal Statistical Society.

The research, commissioned by the financial comparison website InvestingReviews.co.uk, charted the likely rise of ISA millionaire numbers based on data provided by HMRC and the country’s major investment platforms.

It comes despite the Chancellor Rishi Sunak announcing that the annual payment limit for adult ISAs will be frozen at £20,000 for at least another year – the fifth year in a row this has happened.

There are currently around 6,100 lottery millionaires while there are 1,365 ISA millionaires across the three major investor platforms — Hargreaves Lansdown, AJ Bell and Interactive Investor. But that lead is destined to vanish as ISA pots compound.

Currently, the lottery creates just over 300 millionaires each year across all games but ten years from now the annual number of new ISA millionaires is projected to average 322.

By then, the number of ISA millionaires created will have increased more than tenfold to 14,789, growing by more than 1,000 each year on average and overtaking the 13,900 lottery millionaires generated by then.

Statistical modelling was undertaken by Marie Oldfield, a forecasting and probability expert chartered by the Royal Statistical Society. By running 500 computer simulations using a gamma distribution method, her team of analysts found that even if ISA investors switched their total £20,000 annual allowance to the lottery, just 1 in 10 could be expected to become a millionaire in their lifetime.

The statistical model assumed ISAs achieved a modest average compounded growth of five per cent, though in any given year there exists the possibility of a sudden spike or dip in millionaire numbers before a reversion to the mean. Any increases in the annual allowance of £20,000 would see the number of ISA millionaires balloon even quicker.

Analysis of HMRC data reveals that roughly 37 per cent of the country’s 2.7million Stocks & Shares ISA holders are currently maxing out their £20,000 annual allowance.

The average annual sum invested last year was just under £9,0005. An ISA investor maxing out their allowance through Stocks & Shares could expect to smash through the seven figure mark in around 25 years.

Meanwhile, a lottery player spending the same sum annually and enjoying average luck could expect to win one jackpot every 4,507 years.

Matching five numbers and a bonus ball would also make you a millionaire, and you could expect to do that once every 751 years by gambling the annual ISA allowance.

Despite stocks and shares ISAs being more of a “dead cert” than the lottery, the number of investors is dwarfed by the number trying their luck with Camelot every week.

More than 70 per cent of the UK adult population play the lottery, while there are 2.7million Stocks & Shares ISA accounts.

Lord Lee of Trafford, who became the country’s first ISA millionaire in 2003, said: “The ISA remains the best investment wrapper in the Western world, and I hope this data will encourage more young people to take-up serious long-term investing.”

Simon Jones, CEO of InvestingReviews.co.uk, said: “These days everyone wants a rock star lifestyle and their very own place on millionaires’ row. Happily that dream looks set to come true for the canny army of armchair investors who have been squirreling money away in their Stocks & Shares ISAs every year. In the race to join the rich list, ISA millionaires are fast turning the tables on lottery players. ISA millionaires numbers are going to explode in the years ahead.”