Home Business NewsBusiness Is this the end for the Ukip party? 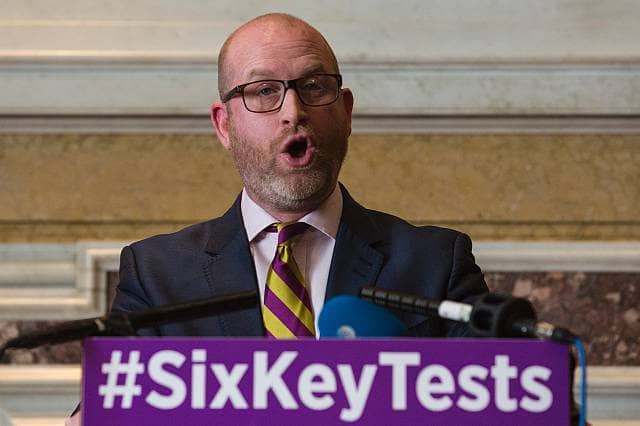 Is this the end for the Ukip party?

Leader of the Ukip party, Paul Nuttall has lost their seats in Hampshire, Essex and Lincolnshire where Nuttall is standing to be MP for the upcoming 8 June general election.

As of 9:30 Friday the party lost all 41 seats and did not win in any contest, quite literally Ukip could be wiped out from the ballot box.

Michael Thrasher an elections expert said to Sky News: “Ukip received one in eight votes cast at the 2015 general election, and therefore those votes are absolutely critical in a month’s time at the General Election.”

“The indications from the local elections are that Ukip is losing all of its councillors and it’s the Conservatives that are making the gains on the basis of that collapse.”

The Labour party has also suffered huge losses as voters are switching to the Conservative party which is a huge boost for the prime minister, Theresa May.

Lisa Duffy of Ukip said to the BBC: “I won’t use the word ‘disaster’, I’ll use the word ‘challenging’. We knew it was going to be a difficult night.”

Ukip’s candidate for Lincoln, Nick Smith said that the party is “not going away.”