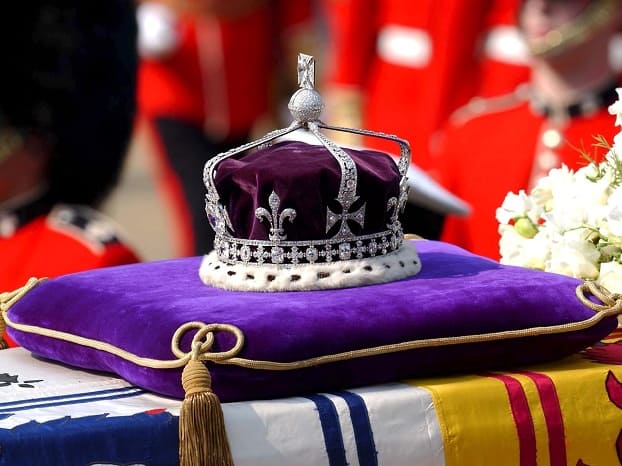 The Koh-i-Noor was once the world’s largest diamond

Whether the £100m Koh-i-Noor diamond was stolen by the British or gifted to them is a never-ending debate. But now a group of Indian campaigners have launched a legal tirade against the Queen and want her to return the diamond to India.

The diamond was studded in the crown worn by the Queen Mother at the coronation of her husband King George VI in 1937 and again at Queen Elizabeth’s coronation in 1953.

The Indian campaigners have called their group “Mountain of Light” after the translation of the stone’s name. They claim that the 105-carat diamond was stolen from India and are demanding the UK returns it.

The other theory is that the jewel was gifted to the reigning Queen of the time by the last ruler of the Sikhs, Duleep Singh.

David de Souza from the Indian leisure group Tito’s said the stone is “one of the many artefacts taken from India under dubious circumstances”.

Historian Andrew Roberts told the Daily Mail: “Those involved in this ludicrous case should recognise that the British Crown Jewels is precisely the right place for the Koh-i-Noor diamond to reside, in grateful recognition for over three centuries of British involvement in India, which led to the modernisation, development, protection, agrarian advance, linguistic unification and ultimately the democratisation of the sub-continent.”

London’s rental ridiculousness in one graph

Which are the the world’s most generous countries?

This is how Russian athletes “sabotaged” London Olympics