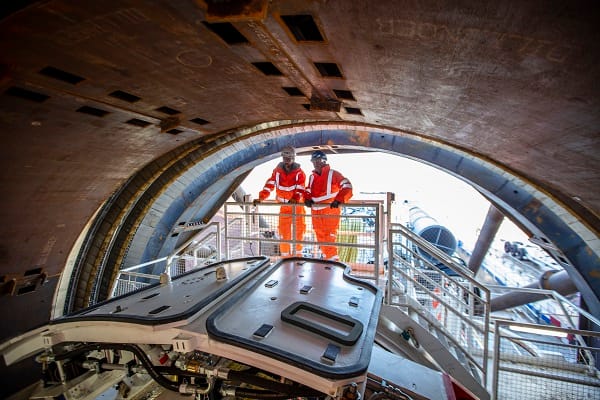 HS2 has recently published its annual report and accounts for 2021-2022.  In it, HS2 admits that £9.5m has been set aside for getting tax status determinations wrong under the Off-payroll working rules (commonly referred to as “IR35”).

HS2 confirmed its use of HMRC’s own Check of Employment Status for Tax (CEST) tool and accompanying guidance to conduct those assessments.

Both the tools and legislation were introduced in 2017 under the careful watch and steer of the then HMRC CEO Sir Jon Thompson, who is now Deputy Chair of HS2.

Dave Chaplin, CEO of tax compliance firm IR35 Shield said, “HS2 facing a £9.5m tax bill for wrongful assessment of its contracting workforce is one thing but the fact that it is doing so when its deputy chair, Sir Jon Thompson, is the person responsible for introducing the legislation whilst in his role as CEO of HMRC is both risible and alarming at the same time.  If Sir Jon can’t get IR35 right, who can?

“It is one more shining example to support calls along with a growing plethora of evidence to ditch a legislation that is having a hugely damaging effect on contractors, the firms that hire them and the economy as a whole.  And, the fact that HS2 is one more public sector organisation that is facing a tax bill in a long line of others just proves that the legislation is unworkable.

“In February 2022 a report by the National Audit Office indicated that there has been £263m worth of incorrect status classifications in the public sector. HS2’s figures add a further £9.5m.  It’s alarming.

“Firms in the private sector may wish to take heed from HS2’s admission, that ‘We use HMRC’s own Check of Employment Status for Tax (CEST) tool and accompanying guidance to make those assessments.’ Clearly, CEST offers its users no protection at all.

“Contrary to HMRC’s assertions during the consultation phase, that roughly a third of contractors would be ‘inside IR35’, in this instance, we see that for the most recent year, HS2 had classified 93.2% of them as “deemed employees”. This appears to be a significantly large number, particularly as HS2 is clearly a project-based effort.

“If HMRC inspectors try enforcing the legislation in the private sector, by using CEST, they are likely to be given short-shrift, and reminded that CEST has no statutory basis, is only HMRC’s view of the law, and its use is not mandatory.

“It does seem rather pointless for public sector organisations to even bother conducting IR35 assessments, because (a) CEST is so biased it will indicate most are caught anyway, despite the law, and (b) the organisations can simply pay more money to cover the extra tax, which circulates back into their own coffers.

“This news comes in the wake of a Government Response to an Employment Status Consultation, who deliberated for four years, and then announced that now was not the time to address the issues of status.”