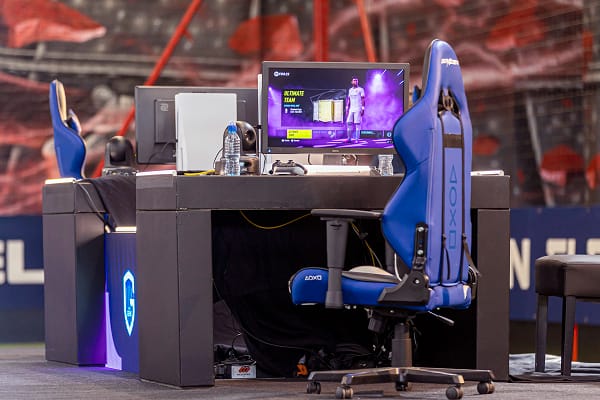 Once dismissed as nothing more than a passing fad, online gaming has become one of the biggest global success stories of the 21st century.

The earliest game consoles were the forerunner to what has become a multi-billion-dollar sector and one which shows no signs of slowing down.

From social gaming sites to iGaming and more, people are spoilt for choice when it comes to entertaining themselves by playing games online.

With that in mind, we take a closer look at how online games keep their players immersed to ensure they keep coming back time after time.

One of the most enticing elements of online games is many of them allow you to play against family, friends or complete strangers in a multiplayer environment.

For example, numerous online blackjack sites allow you to play in the company of others, thus recreating the social element of visiting a land-based casino.

Poker is another popular casino game that falls into the multiplayer category and has enjoyed massive success since transitioning into the online arena.

The gambling industry is not alone in benefiting from the thirst for multiplayer games, with online gaming also featuring a vast array of titles that can be played by more than one player.

Studies have shown that the 16-19 age group are big fans of multiplayer games, with 35% of them favouring that mode over single player.

That stacks up well against the 41% who would rather play alone, with the rest of the people surveyed stating no preference either way.

Gamification is prevalent across all elements of online gaming and undoubtedly plays a key role in helping to keep players immersed.

The core construct of gaming is that players are rewarded for completing tasks or levels within a game – in essence, this is gamification.

For casino games such as slots, gamification can be seen in elements such as visual rewards or bonus games, each of which are designed to retain the player’s interest.

A similar theory applies to other online games, which incorporate gamification elements to ensure players remain engaged for as long as possible.

These game features are designed to transport you away from daily life, immerse you within the heart of the game and keep you there.

Gamification also exploits the basic human instinct of competitiveness, with the ultimate target being ‘beating’ the game or winning the jackpot.

As mentioned earlier, interacting with other people while playing games is one of the best parts of the online gaming experience.

The gaming industry has recognised the importance of this by leveraging advancements in technology to help players immerse themselves into online games.

For instance, if you visit the top online casinos you will find loads of ‘live’ games, where you can go head-to-head with dealers or croupiers in various table games.

These recreate the experience of visiting brick-and-mortar casinos, effectively bringing land-based gameplay into a digital environment.

The introduction of eSports has been another key way the gaming industry has tapped into people’s desire to interact to create more immersive experiences.

Gamers can test their skills against players from around the world in eSports competitions, which helps to fire the gaming experience into another stratosphere.

Based on the examples we have used, immersion in online gaming unquestionably has its roots in psychology by taking the brain and sending it to a different place.

Gaming temporarily transports players out of everyday life and moves them to a world where they can simply focus on what is happening on the screen.

The game’s ‘flow’ is designed to tempt you into playing just one more level, then another and so on. It also serves to make you want to return to the game the following day.

Rewards are crucial to whether a game will keep you immersed. They must be achievable, but also become progressively harder to attain as the game develops.

For example, if a someone is playing a football management simulation game, they must believe it is possible to reach the top of the tree if they make the right decisions.

Games that are too hard or fail to offer adequate rewards will soon be discarded as players seek more immersive and enjoyable experiences.

A truly immersive game will ensure that the player feels in control of their own destiny at all times, thus giving them the desire to keep playing for endless hours.