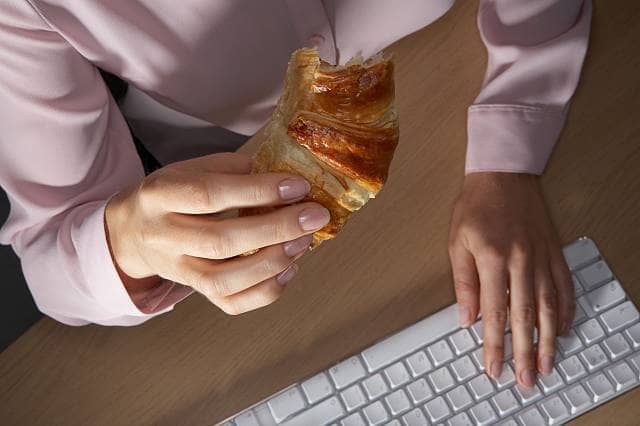 Here's proof you're snacking a lot at work

Almost half of UK adults snack in secret whilst at work, according to new research.

Forty nine per cent of Britons keep their workplace eating habits from their partners, revealed the survey of 2,014 UK adults by IronmongeryDirect, while a fifth (21 per cent) lie to their partner about their snack and meal choices while at work.

A bacon sandwich topped the list of the UK’s favourite elevenses treats, with 49 per cent of respondents agreeing it was their workplace snack of choice.

The research into office eating habits comes following recent comments by the Faculty of Dental Surgery who criticised “workplace cake culture”, blaming it for contributions to health problems.

Over 30 per cent admitted to taking in a healthy snack but eating an indulgent treat instead.

Despite feeling guilty, 67 per cent said they snack to boost their energy levels for their jobs.

Wayne Lysaght-Mason, managing director of IronmongeryDirect said: “The workplace can be a minefield of food temptations and despite best intentions, indulgent treats can replace healthy ones. Our sweet and savoury snacks then become secret and not shared with our partners. However, we want to champion our best loved snack and find the best place in the UK to get a bacon butty.”