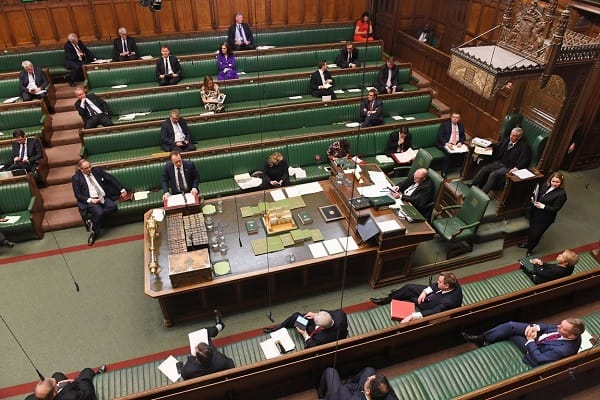 The Health Secretary, Matt Hancock told MPs in the Commons on Thursday that Dominic Cummings claims that he lied to Ministers during the crisis are “unsubstantiated” and “not true.”

On Wednesday Cummings told the Parliamentary Committee that Hancock was close to being sacked by the Prime Minister as he lied “on multiple occasions.”

Cummings said that there is “no good reason” as to why Hancock is still the Health Secretary and he should have been sacked at least “20 times.”

Cummings claimed on Wednesday, “I think that the Secretary of State of Health should have been fired for at least 15, 20 things, including lying to everybody, on multiple occasions, in meeting after meeting in the cabinet room, and publicly.”

It was claimed that Johnson “came close to removing him in April, but jest fundamentally wouldn’t do it.”

Cummings was asked why, he said,, “there was certainly no good reason for keeping him.”

Cummings claimed that the Health Secretary “criminally” promised to deliver 100,000 tests a day when Johnson had caught Covid and was “nearly on his deathbed.”

Cummings gave damning evidence to the Committee and accused Hancock of personally being responsible for the deaths in care homes.

Cummings said that Hancock said that care home residents would be shielded which was “complete nonsense” as people were sent to them from hospitals who in fact did have Covid and they were not tested.

Boris Johnson’s former chief advisor said, “Hancock told us in the Cabinet Room that people were going to be tested before they went back to care homes.

“We only subsequently found out that that hadn’t happened.

“Now all the government rhetoric was we put a shield around care homes and blah blah it’s complete nonsense.

“Quite the opposite of putting a shield around the, we sent people with Covid back to the care homes.”