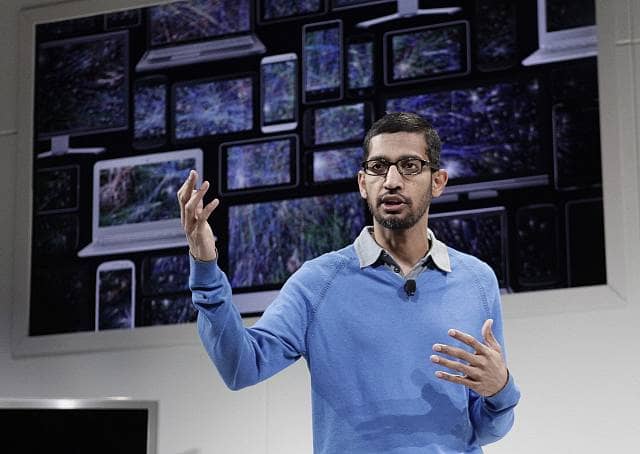 Google’s Sundar Pichai is Most Reputable CEO in the World

According to Reputation Institute

The results indicate Sundar Pichai of Google is the world’s most reputable CEO. Pichai stands out for his responsible leadership and is viewed as excellent on the merits of fiscal, social and environmental responsibility. Denise Morrison of the Campbell Soup Company and Tatsumi Kimishima of Nintendo received honorable mentions among the world’s Top 10 most reputable CEOs.

The world’s largest reputation study of its kind, the CEO RepTrak is based on more than 28,000 individual ratings collected in the first quarter of 2018 across the G15 economies. It includes unique insights into the dynamics behind reputational impact. The global study shows what drives CEO reputation, the direct correlation between corporate reputation and stakeholder support.

“The rubric for what it takes to be a great leader is quickly shifting,” said Stephen Hahn-Griffiths, Chief Reputation Officer at Reputation Institute. “Assessing a CEO’s performance based solely on financial returns is no longer enough. There is a new era emerging in which the intangibles of reputation are driving political, social and economic change, and giving CEOs reason to reconsider their role as a leader. To be relevant as a contemporary leader today, you need to be a CEO with conscience.”

The RepTrak results show strong leadership across a range of industries internationally, including financial services, technology, food and beverage, consumer and hospitality. Within the global study, six of the top 10 CEOs are executives of US companies and three are CEOs of European businesses. The list of top 10 business leaders globally recognized in RI’s 2018 CEO RepTrak® study (in alphabetical order) are: