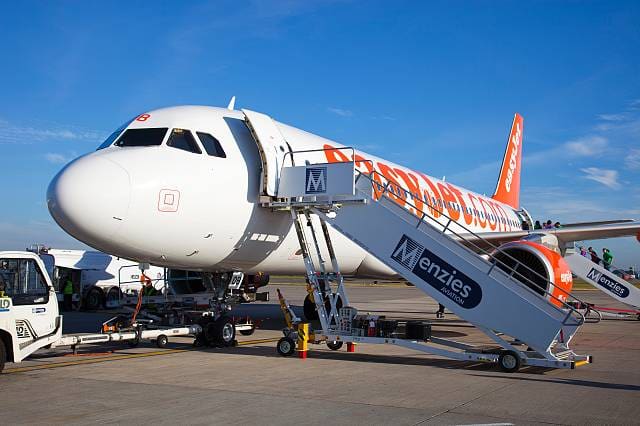 A “really heated” row erupted on an EasyJet flight between a Spanish passenger and a Gibraltarian over Gibraltar’s future after Brexit.

A witness said to the Sun: The cabin crew were keeping them apart and trying to stop (them) from getting at each other.”

“It was unnerving and things only calmed down as we got ready to land at Gatwick, but even when we arrived police came onto the plane.”

Sussex police were called to Gatwick airport where they met the EasyJet flight on the runway.  They were both taken away.

A Sussex police spokesman said: “Police were informed at 12:55pm on Tuesday of disruptive passengers onboard an EasyJet flight from Gibraltar.”

“Officers boarded when the plane landed at Gatwick ay 1.30pm. Two people were taken from the flight and given words of advice about their behaviour.”

An EasyJet spokesman told the Telegraph: “The flight was met by police on arrival due to two passengers behaving disruptively.”

“EasyJet’s cabin crew are trained to assess and evaluate all situations and to act quickly and appropriately to ensure the safety of the flight.”