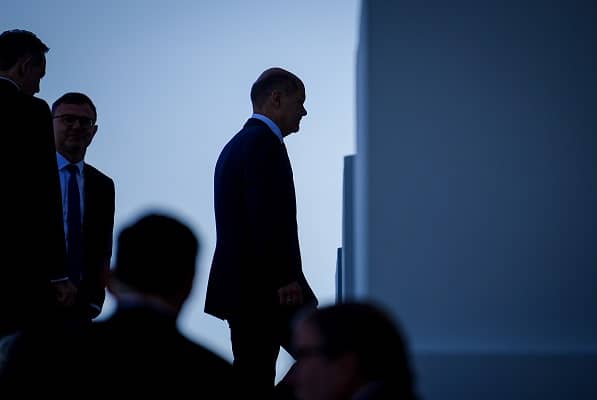 The German Chancellor Olaf Scholz has been warned by intelligence officials to expect and prepare for an autumn of rage amid the cost of living.

Since Scholz took office in December his popularity ratings is plummeting and intelligence officials are warning that extremists on the left and the right will attempt to start an uprising in east Germany.

Stephan Kramer, president of the Thuringian State Office for the Protection of the Constitution (LfV) warned the mood amongst the public is “explosive” because Scholz failed to secure an energy deal with Canada.

Kramer, who is of the eastern branch of Germany’s domestic intelligence service told The Times, “Right now we have a very particular cluster of forces this autumn.

“We have a population that is very, very tense after the pandemic, who still have a lot of rage in their bellies.

“The resilience, the ability to protect yourself against crises, is wearing very thin.

“We’re talking about people in cold flats over the winter.

“We’re talking about firms going bust because they don’t have enough energy anymore, leading to unemployment and poverty.

“We’re talking about inflation, which is hitting a great number of people all the way up into the middle classes.

“Poverty isn’t just affecting groups on the margins of society, which is bad enough in itself, but working its way up into the middle of society.

He continued, “Precisely this confluence of all these stress factors makes people feel extremely insecure, and in some cases, they’re afraid for their very existence.

“It’s not just that they’re very upset and angry – that’s all legitimate – but they are also very vulnerable prey for extremists who may offer them answers that ultimately are not real answers, but do incite them to extremism.”