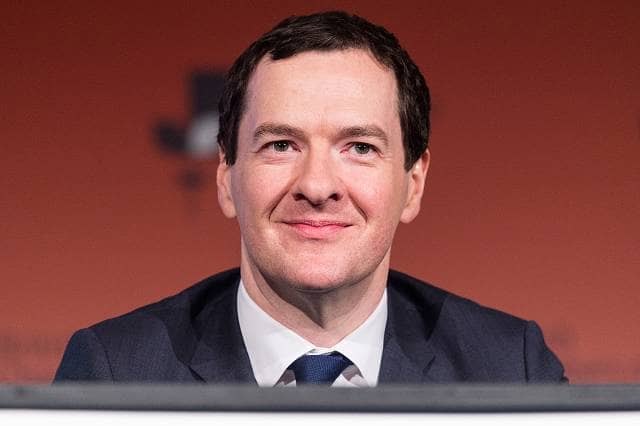 The former Conservative chancellor George Osborne MP has Wednesday announced he is to step down, reports the Evening Standard.

Osborne has said that he will continue “fighting for that Britain I love” within his new role of the Evening Standard as Editor.

There had been pressure over conflict of interests between him being an MP a new role as Editor of the Evening Standard, an advisor as a fund manager at Blackrock earning £640,00 per annum plus he has his speaking engagements.

Last year Osborne earned more than £800,000 from speaking engagements along with a £120,000 allowance as a Kissinger fellow at the McCain Institute.

Osborne said in a letter to the Conservatives within his Tatton constituency: “I am stepping down from the House of Commons for now.”

“But I will remain active in the debate about our country’s future and on the issues, I care about, like the success of the Northern Powerhouse.”

“I want a Britain that is free, open, diverse and works with other nations to defend our democratic values in the world.”

“I will go on fighting for that Britain I love from the editor’s chair of a great newspaper. It’s still too early to be writing my memoirs.”

Osborne explained why he has decided to step down from politics: “At the age of 45, I don’t want to spend the rest of my life just being an ex-Chancellor. I want new challenges.”

“I’m very excited about the opportunity to edit the Evening Standard. I’ve met the team there, and their energy and commitment to this great newspaper are positively infectious.”

However, it is widely believed that Osborne was waiting for May to fail over Brexit. But, her now calling a general election allowing her to create her own mandate for the 48 per cent along with the 52 per cent along with a probable landslide victory for the Conservatives makes this far from likely.